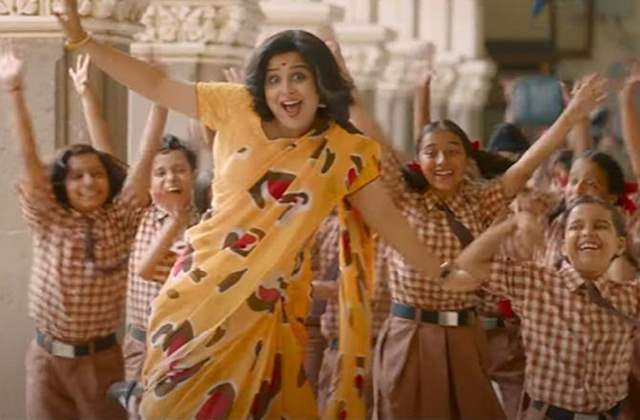 Ahead of every movie release there are a series of promotions, and quite a few times before the film hits the big screen fanclubs actively been a part of the trailer launch, or maybe a song launch. When the film headed for the big theatrical releases and there were on ground promotions and launches fan clubs were invited to be a part of the launch and cheer for the film. Now when films are heading for a digital release on the OTT platforms due to the outbreak of Corona pandemic fan clubs surely shouldn’t be left out and it is these lovely fans who at the end of the day roots for the films and pours in incredible amount of love.

Ahead of Shakuntla Devis’s release, they have released the first song of the film today, and inspite of the digital release of the film Vidya Balan’s fan clubs were invited to join them virtually and shower their love and warmth to the film. The fans have actively participated in the e launch of the song today and bestowed their love and support.

Vidya has immense popularity among the audience and her fan clubs have joined the song launch today through the Zoom Call App and it left us really happy and astonished to see the amount of love and excitement among the audience for the film and for Vidya Balan. The digital release of the film did not stop it from involving the fans and this is huge and massive and we guess this is the new normal as Vidya kickstarted the e promotions of the film.

The film is all scheduled to release on 31st July on Amazon Prime and we already have our expectations hitting the skies after the trailer was launched. We can’t wait to discover the life of the human computer and the marvelous lady Shakuntala Devi with Vidya Balan playing her.