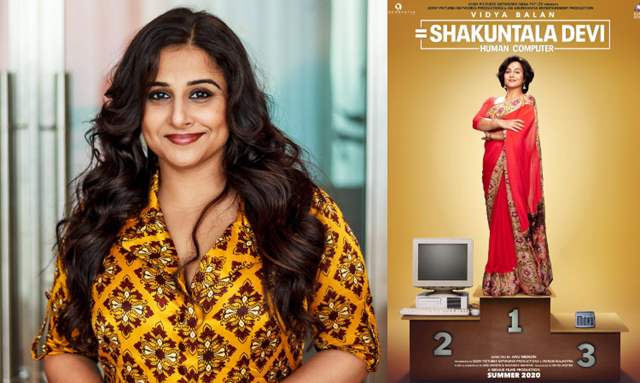 A few days to go for the most awaited film Shakuntala Devi to finally release and is the first-ever film to see a global release on Amazon Prime Video. The film has National-Award winning actress Vidya Balan in the lead role of the 'human computer'. The actress is well known as the Queen of Biopics for successfully delivering the toughest of characters with utter ease.

In a recent interview, she was quizzed about the degree of alterations that were made to the real story considering the use of cinematic liberty. She said, “We never felt it would be necessary to use cinematic liberty because Shakuntala Devi’s daughter Anupama Banerji and her son-in-law Ajay were completely honest with us.”

Vidya explained, “They shared each and every detail; the ups and downs in their lives, their journey, struggles - Personally and professionally. Later we realized, there’s already too much drama in the story - Inherent Drama; which is present in each and every one of our’s life. Hence we never required to adopt any cinematic liberty.”

The trailer and the back to back poster release have created a hustle and bustle amongst the audiences and are eagerly waiting for the film.

The screenplay is written by Anu Menon and Nayanika Mahtani, while the dialogues are penned by Ishita Moitra. Witness the glory of this super-genius on 31st July only on Amazon Prime Video.