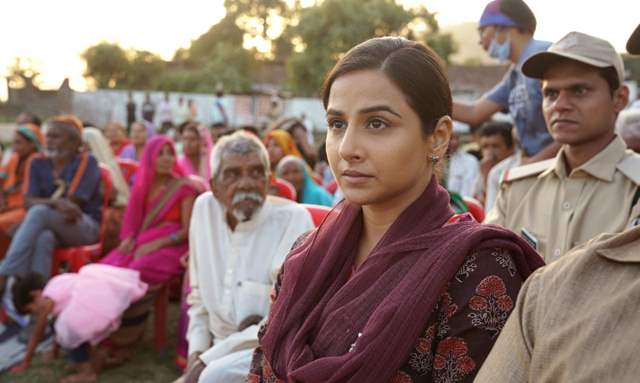 Bollywood actress Vidya Balan is one of the most versatile actors in Bollywood and she has carved a niche for herself with film choices. The critically acclaimed star has often battled her way through criticism and now, the actress has spoken about experiencing sexism in the film industry, similar to what her character from Sherni faces.

Sherni, a drama based on the ‘Human-Animal’ conflict, directed by Amit Masurkar, features Vidya playing a forest officer who battles sexism both in the professional and personal space.

In a recent interaction with Hindustan Times, Vidya Balan pointed out that women face sexism all the time and not just through men, but even from women. According to her, sometimes, women do that to other women too.

“I think we face sexism all the time, and not just through men, even from women. Sometimes, we do that to other women too. I think misogyny is so intrinsic to the patriarchal mindset, in which we are all steeped, that it is difficult to get rid of it easily. I face it even today, sometimes. It annoys me, but of course, it is much less now than before. All around me, I see people facing sexism. Not everyone is even aware that they are saying something wrong, most of the time.”

The Shakuntala Devi actress further recalled how she was asked to adjust her dates according to the male actor’s availability when she was just starting out in Bollywood.

“In my early years, I would always be told that, ‘The male actor has given his dates, so you will have to work your dates around his.’ Sometimes, it didn’t even matter if I was playing a more prominent role than him in the film.”

Terming Sherni as an ‘unusual story,’ the actress further said that while Hindi films have been set in the jungle before, this one is about the jungle itself. The film also stars Sharat Saxena, Vijay Raaz, Ila Arun and Neeraj Kabi, which will release on Amazon Prime Video on June 18.

+ 4
3 months ago I truly feel too much is made of this "Sexism", "feminism" and "Equality" for man/women thing. And in a bid to make a girl "equal", time has come where families put down their boys or keep them behind just so the girl can feel "equal". Not sure anyone gives a thought to the boy at such a time, who probably is being handed over the same treatment you are trying to fight off for a girl. I really also do not understand "why" women look down upon a household chore as derogatory or demeaning. Why just "going out" to offices is a symbol of equality? I wonder how many of these same women would vouch for a husband who can stay at home and take care of the home. I can tell you very credibly, a man NEVER gets any respect from even his own family or relatives if he is "not going out" for work - he may well be earning handsomely from home, but still will be least respected. And I really also dont know when girls will understand this from a boy's perspective - why does a child want his mom to be home? Is it because he is sexist? The love and warmth that you get from your mom/sister/wife - a female in general - that makes the home, no man can provide that. I really am too put off with this topic and really feel it has now reached a state of being an over-kill.