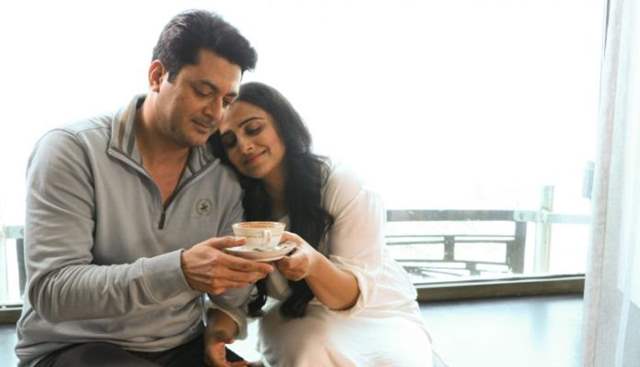 A few days prior to the global premiere of Shakuntala Devi on Amazon Prime Video, it was revealed that Vidya Balan and Jisshu Sengupta shared an off-screen common interest on the film’s sets – pranking! A source revealed, “Throughout the shoot they pulled pranks on the crew together, had inside jokes and spoke to each other in Bengali before bursting into peals of laughter that resonated around the set. They danced, yapped and had a whole load of fun which made their on-screen chemistry so much fun to watch.”

It was also revealed that Vidya Balan was the mastermind behind all the notorious pranks. Narrating more about her vivid pranks a source from the set mentions, “During the shoot, Vidya would write on our jackets with chalk, call out people’ s names in funny voices and then giggle as they looked around in confusion. She hid people’s phones and teased almost everyone. The crew got through even the tough days with a light heart and huge smile just hearing her laugh and seeing her smile every day.”

Featuring Vidya Balan in the lead, Shakuntala Devi is a biographical drama on the extraordinary life of Shakuntala Devi, mathematics genius, writer and astrologer who was popularly known as the human-computer.

The screenplay is written by Anu Menon and Nayanika Mahtani, while the dialogues are penned by Ishita Moitra. Witness the glory of this super-genius on 31st July on Amazon Prime Video.

Sanya Malhotra Shares Her Experience of Working on Shakuntala Devi: It ...