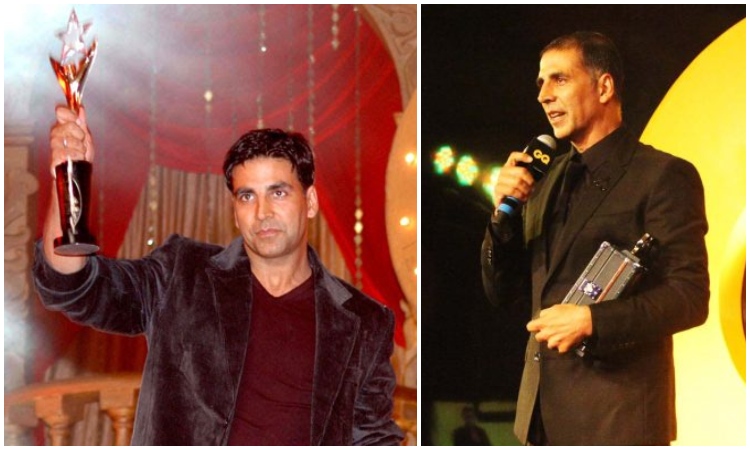 Bollywood's action superhero Akshay Kumar, who is best known for his acting and stunts, has received many awards so far. And we love him equally for his comic performances. Apart from being the best actor, he is also known to be a good human being. But, did you know back in 2008, Akki was awarded as the best actor for his performance in Singh is Kinng and he gave it to Aamir Khan!

Currently, a throwback video of Akki was awarded as the best actor has resurfaced the internet. In an unexpected twist, in his acceptance speech, he declares Aamir as the best actor for his stellar performance in AR Murugadoss's Ghajini.

"I'm actually so touched. Really. I wanted this little beauty my whole career, for the last 18 years. I strive for this moment to achieve such an honour. Never in my wildest dreams did I imagine it would happen to me, a Chandni Chowk ka ladka. But it has and it came from you, the people," Akki said during his speech.

"But as I stand here, holding my dream in my hand and my father's love in the other, I just want to tell you something. Few days back, I saw this movie Ghajini and I was bowled over. I saw Singh Is Kinng again after that, when I was coming from London to Mumbai. I couldn't help but compare our work. That's when I knew without a doubt that the best actor this year, by far, according to me, is Mr Aamir Khan for Ghajini," he added.

Aamir underwent an incredible physical transformation for Ghajini, and Akshay was all praise for him. "What that man did for his movie was pure dedication. It is, as they say, historic," he said.

"I refuse to be the man that pretends to take this away from him. I'm not going to do that at all. I know that this moment is never going to come again in my life but I cannot walk out from here holding something which I know doesn't belong to me," Akshay said.

The Pad Man actor added, "I'm sure I haven't offended my people who have voted for me. I'm still here, striving for your love, your support and maybe one day, I will win it back again... I thank you from all my heart but Aamir, this one is for you, mate. You deserve it!"

Check out the video below;