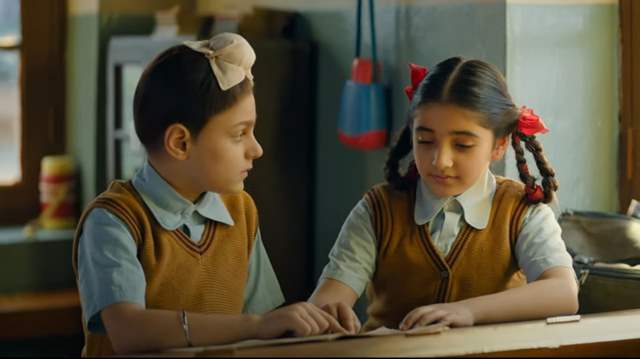 Aamir Khan and Kareena have been making headlines since past few days as their film Laal Singh Chaddha inches closer to its release date. The songs of the film have already stuck a chord with the audiences and now, video of the extremely loved song, Main Ki Karan' from Aamir Khan's film, Laal Singh Chadda is out.

The music of this musical euphoria has been given by Pritam and its motivational lyrics were jotted down by Amitabh Bhattacharya. The vocals for this ecstatic number are given by Sonu Nigam and Romy.

‘Main Ki Karan' is a song that beautifully encapsulates innocent love and the video is right on the notes. Featuring a young Laal and Rupa in the video, it adorably follows a childhood romance budding in the most innocent way that will just melt your heart like the melodies of the song already have been.

Following a one of its kind format, as seen in their three songs previously, ‘Kahani’, ‘Main Ki Karaan?’ and ‘Phir Na Aise Raat Ayegi’, the makers released the songs without the video initially, giving the lyricists, composers, musicians, and technicians the center stage. And in a successful attempt, the album of the film has been the biggest success of the year.