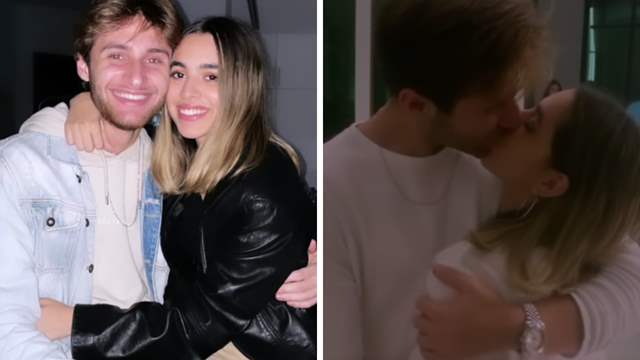 Filmmaker Anurag Kashyap's daughter Aaliyah Kashyap is already an Internet sensation, even before entering the movie business. She is now celebrating her one year anniversary with boyfriend Shane Gregoire.

As the young couple completes one year of togetherness, Aaliyah took to Instagram to share an adorable video full of PDA moments with her boyfriend. She captioned her video as: “The best 365 days with my best friend that I wouldn’t change for the world. Thank you for loving me unconditionally & showing me a love like no other. I love you forever #1year.”

In the video, Aaliyah Kashyap can be seen enjoying with her boyfriend Shane, and the duo even lock lips in one clip. Check out the video below:

Several fans showered love on the video montage and wished the couple in the comments section below.

Earlier in a video on her YouTube channel, Aaliyah had revealed that she met Shane on a dating app and was the first to swipe right. When they met in person, after two months of talking, she kissed him first.

Currently, Aaliyah and Shane are in Mumbai and living at Anurag Kashyap’s house.