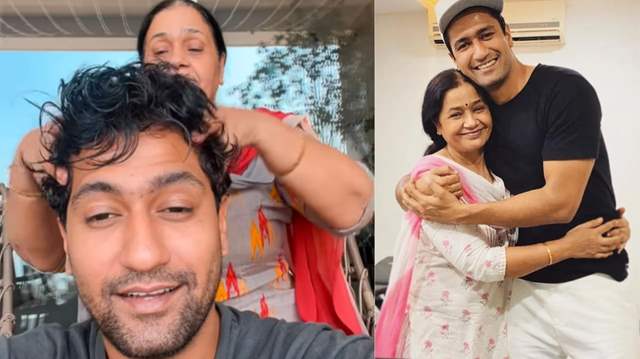 Vicky Kaushal is one of the most loved actors and enjoys a massive fan base. He has proved his mettle with some of his exceptional performances. He also maintains a great social media presence and is often seen documenting his personal and professional life.

Today, Vicky's mother Veena Kaushal is marking her birthday. Kaushal took to his Instagram handle and shared an adorable video wishing his maa. In the video she can be seen giving him a head massage, while Vicky is enjoying him self. The song 'Tu Hai' could be heard in the backdrop.

Sharing this video, Vicky wrote, "Happy Birthday Maa. Aapki maar aur maalish dono mein sukoon hai! Love you." Vicky Kaushal has always been a mumma's boy. In many of his interviews, he disclosed how he is very close to his maa and he loves her hand-cooked 'parathas'.

Vicky Kaushal has always been a mumma's boy. In many of his interviews, he disclosed how he is very close to his maa and he loves her hand-cooked 'parathas'.

Vicky Kaushal recently made headlines, when his wifey Katrina shared a video wherein he was seen directing Katrina for her shoot. In the video, Kat was dressed as Harley Quinn for a Halloween celebration. Fans couldn't stop gushing over this cute video of the duo.

Talking about his professional commitment, Vicky is filming Meghna Gulzar's 'Sam Bahadur'. He recently wrapped one schedule of the film and also shared some BTS pictures from the sets. He recently started dubbing for his upcoming film with Anand L Rai, wherein he will star with Sara Ali Khan. The filming of the untitled movie took place in Indore.

Apart from this Vicky will also be seen in 'Govinda Naam Mera' and Anand Tiwari's untitled romantic film opposite Tripti Dimri. 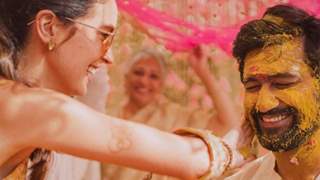