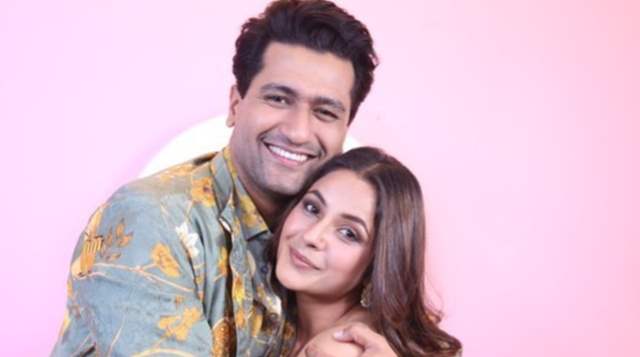 Vicky Kaushal is one of the most popular actors in the Hindi film industry. The star is currently gearing up for his upcoming film Govinda Naam Mera alongside Bhumi Pednekar and Kiara Advani. Well the Uri star now met 'Punjab Ki Katrina Kaif' aka Shehnaaz Gill. The actor met Shehnaaz Gill for her a chat show which is hosted by Shehnaaz herself.

Shehnaaz shared the pictures on her Instagram as she looked super cute while Vicky looked dapper in a dark yellow and aqua-coloured jacket with golden pants. They both were seen wearing colour-coordinated outfits.  Along with it she wrote, "Very seldom you meet a star who makes you feel you are one of them. Very seldom you get this feeling that you know this person from ages and is family. Very seldom, in your second meeting you feel that you know this person like he is family. I guess this is what a true star is. @vickykaushal09 I’m delighted to have met you once again and today’s chat was more than just conversations… I wish you nothing but success, good health and positivity always. All the best for #GovindaNaamMera Waheguru Mehar Kare 🙏🏻tuhadi movie superhit Hove ⭐️⭐️⭐️⭐️⭐️"

Sharing the same slew of images Vicky wrote, "Such a pleasure meeting and chatting with you Shehnaaz. Such a pure soul you are! I wish only the best things for you in life. Vicky x Shehnaaz" 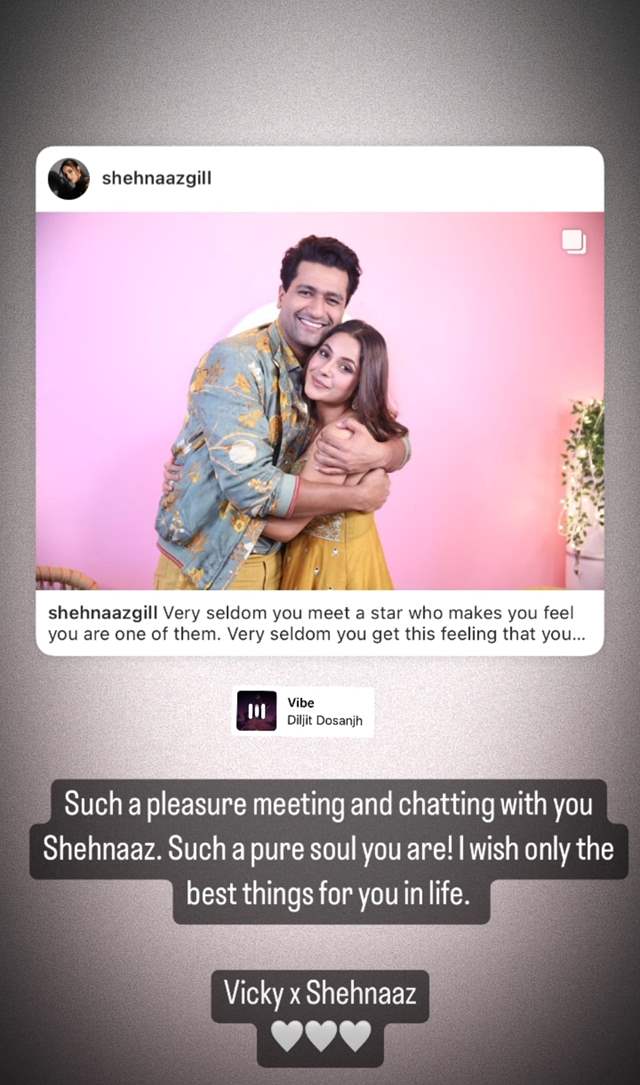 Talking about the workfront, Vicky Kaushal has a number of projects to look forward to at the moment. At first, he will be seen in Shashank Khaitan's comedy film Govinda Naam Mera alongside Kiara Advani and Bhumi Pednekar. After this, he will feature in Laxman Utekar's as-yet-untitled next co-starring Sara Ali Khan. Later, he will be seen in director Meghna Gulzar’s film which is a biopic titled Sam Bahadur on the life of Field marshal Sam Manekshaw. 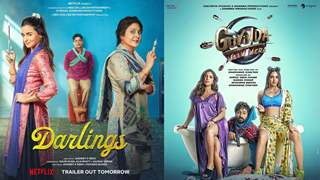 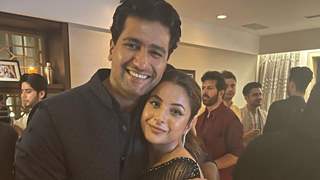