He died at the Apollo Hospital where he was admitted for treatment of age-related health problems.

Terming the successful director's death as a great tragedy to the south Indian film industry, actor-filmmaker Dwarakish, who has made several Kannada and Tamil films, remembers Doss as a great human being and a talented director.

"In the year 1975, I brought Doss to the Kannada film industry to direct an action entertainer like 'Kalla Kulla' which was a runaway success.

Film director D. Rajendra Babu, who worked with Doss as an associate director in many projects, described the latter as his mentor.

"Doss was a film technician with exceptional talents. He taught me everything from editing, direction, shot composing in film direction and also how to behave with top stars, cine technicians and producers. He treated me like his own son," said Babu.

"Doss sir's death is a big tragedy in my life," added Babu.

Doss, born in a small town of Andhra Pradesh, directed more than 20 Kannada films. He did many films with Telugu top stars NTR, Krishna (more than 30 films), Chiranjeevi and Shobhan Babu.

Doss, who received the prestigious Puttanna Kanagal award, stayed in Bangalore for a long time and moved to Chennai just a few years ago.

Doss directed 12 films with Vishnu and one successful film "Thirugubaana" with Ambareesh. 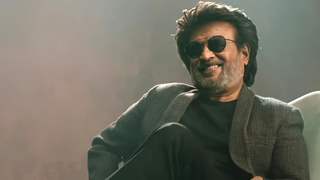