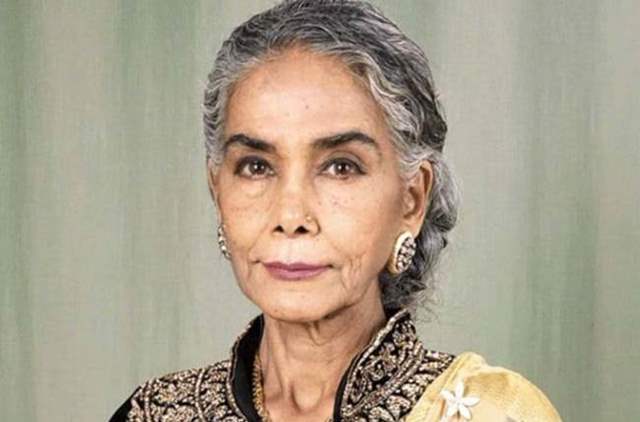 Veteran actress Surekha Sikri suffered from a brain stroke on Tuesday, as per the latest reports, and has been admitted to Criticare Hospital. As has been told by the nurse taking care of her, the veteran actress had a stroke at 11 in the morning and she was having her juice when it happened. She also went on to say how she had to be admitted to a nearby hospital because they don't have enough money to pay the high fees of any other hospital.

And now, the actress has urged help from the film fraternity to help her financially. It was back in 2018 when she had suffered a brain stroke first and it led to paralysis. However, she recovered soon, and thereafter, a nurse was appointed to look after her all day round.

On the work front, she was last seen in Badhaai Ho, however, after that, she hasn't worked in any film or TV show as she suffered a stroke. She is also a national award winner and is love for her roles in films like Raincoat, among others. As far as television is concerned, she is popular for her roles in shows like Balika Vadhu, Ek Tha Raja Ek Thi Rani, and a few others.

We wish the actress a speedy recovery and hope she received the final aid necessary.