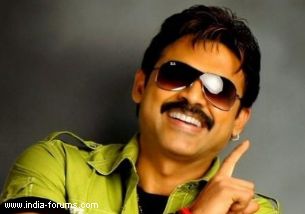 Telugu actor Daggubati Venkatesh has expressed interest in the Telugu remake of recent Malayalam blockbuster "Drishyam". But he is yet to sign on the dotted line, said his manager.

"The talks are on but he hasn't confirmed the project yet. He really liked it and so has expressed interest in the remake," Venkatesh's manager told IANS.

A family thriller, "Drishyam" is racing towards becoming the biggest Malayalam blockbuster of recent times. It reportedly minted over Rs.7 crore at the box office in its first week.

If Venkatesh signs the project, this will be the fourth time he will star in a remake. He has starred in remakes of "Bodyguard", "Mirchi" and "Gharshana" so far in his career.

Ranveer is Fulfilling his Husband Duties towards Deepika? ...
2 minutes ago