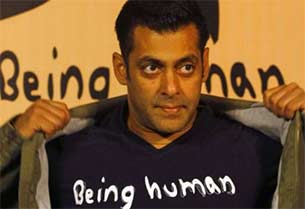 Veer campaign, an initiative to raise funds to create employment for 1,000 people with disabilities, seems to be quite close to its target - the two-month drive has already collected Rs.50 lakh.

The campaign, a joint initiative by Thumps Up, Salman Khan's Being Human, the American India Foundation, and CNN-IBN, launched Jan 24 with a target to raise at least Rs.75 lakhs.

CNN-IBN and IBN7 have showcased inspiring stories of people with disabilities, who despite various obstacles have managed to achieve success and earn people's respect.

"We at Being Human - the Salman Khan Foundation - thank all those who have supported the Veer initiative. We hope the campaign continues to grow in strength," Alvira Khan, on behalf of Salman Khan's Being Human foundation, said in a statement.

Shefali Shah on 'Delhi Crime' being nominated at Emmy Awards ...
56 minutes ago

Sanya Malhotra Celebrates 2 Years of Pataakha, Shares ...
an hour ago

6 Iconic Dialogues Every True Mirzapur Fan would Use in Real ...
an hour ago

review
Review The Confession Review: The film Relieves all the Serial ...
2 hours ago