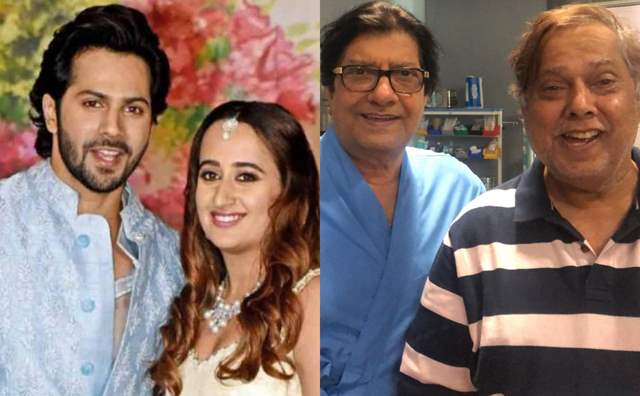 Varun Dhawan is all set to tie the knot with his long time girlfriend Natasha Dalal in a grand wedding. Various speculative reports have been making rounds about the actor's wedding venue, the date of his big day, the guest list, etc.

Now, his uncle and David Dhawan's brother and actor Anil Dhawan has spilled beans and confirmed the day his nephew is exchanging vows.

In an interaction with Spotboye, Anil shared, “My nephew Varun is getting married on 24 January. I am looking forward to it.” When I asked if Anil would be attending he retorted, “Why not?”

However, the report further states that Anil's son Siddhant and his wife are not invited to the wedding.

Further, when he was asked about why he is not seen in his brother David Dhawan’s films? “That’s a good question. I’ve worked with David in Hero No 1, Rascals and Coolie No 1 where the role suited me. Otherwise, I don’t fit into them. I can’t see myself doing the comedy that my brother  makes. It wouldn’t suit my personality. In my heydays I had a very sober romantic image. This is why I withdrew from film acting when the action era arrived. I’d have looked ridiculous fighting a bunch of goons.”

Not many know that David Dhawan’s younger brother Anil Dhawan was at one point in time (in the 1970s) a star with hits like Piya Ka Ghar and Annadata (both with Jaya Bhaduri),  Samjhauta, Chetna and Hawas. Then all of sudden, Anil’s career collapsed while his brother David Dhawan became one of  the most successful filmmakers of all times.

Curiously Anil  got to work with his superstar-director brother sporadically, the latest being Coolie No 1 where Anil played a very small role as a wealthy man of a villainous son. Without going too much into the family history, one can safely assume relations between the two brothers and their families are at best, cordial.

It therefore came as a bit of a surprise to me when Anil Dhawan shared his excitement over his nephew Varun’s wedding.