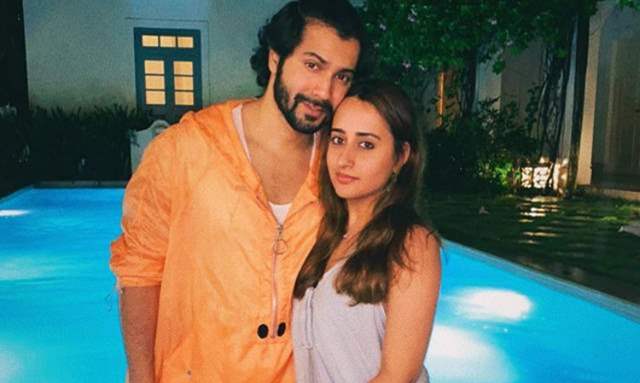 Actor Varun Dhawan’s fans are excited to about the actor’s marriage after the rumours about his marriage with beau, Natasha Dalal made it to the headlines. The Badlapur actor’s wedding has been one of the most talked-about events in B-town and it has been a long time since the couple has delayed their nuptials for a long time now.

Now, speculations are rife that the couple is all set to exchange wedding vows in on 24th January. According to a Pinkvilla report, Natasha will walk down the aisle on January 24, 2012. Varun and Natasha’s families and close ones have geared up for the big fat wedding.

While the rumours about their marriage details recently went viral, as the reports suggested that the lovebirds will be getting married this month in Alibaug.

Meanwhile, it is also being reported that the wedding preparations are in full swing considering only a few days left for the wedding.

The Pinkvilla report quoted a source saying, “I just received an e-invite & I am happy that finally, it's happening. You might see many b-towners heading to Alibaug to attend David Dhawan's son Varun Dhawan's Wedding. It's going to be a big fat Punjabi wedding with all the wedding festivities."

Previously, rumours about Varun-Natasha’s wedding also created a lot of buzz as they were likely to have a destination wedding in Thailand, which later got shifted to Jodhpur and then finally to Mumbai.

Varun Dhawan to marry Natasha Dalal this month itself in Alibaug?