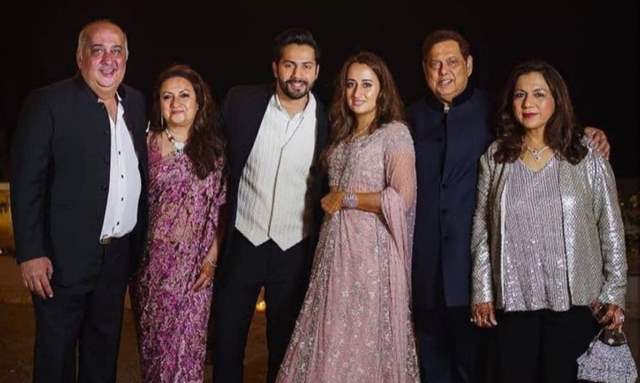 Childhood sweethearts Varun Dhawan and Natasha Dalal are officially man and wife as they tied the knot on January 24, 2021, in an intimate wedding ceremony at The Mansion resort in Alibaug. As the newly married couple returned to Mumbai after exchanging their nuptial vows, new pictures from their wedding have now surfaced the social media.

While the pictures of Varun-Natasha’s Haldi ceremony have already made their way to the social space, the Coolie No. 1 actor’s fan clubs have yet again treated the fans with sweet pictures from the grand celebrations.

For the initiated, the couple's Mehendi theme was 'festive Indian' whereas the Sangeet theme was 'fabulous and formal'.

While a lot is being discussed about the newlywed couple’s honeymoon, a report has been doing the rounds for some time now. It is being said that the couple is planning their honeymoon in Turkey. Yes, that right, Varun and Natasha are likely to head towards the land of four seasons.

Several reports suggested that Dhawan and Dalal family will host a wedding reception on February 2 in Mumbai, which will see film fraternity people in attendance.

However, in a recent turn of events, Varun’s actor-uncle Anil Dhawan has confirmed that there will be no wedding reception for Varun and Natasha has been planned for February 2, reported Pinkvilla.