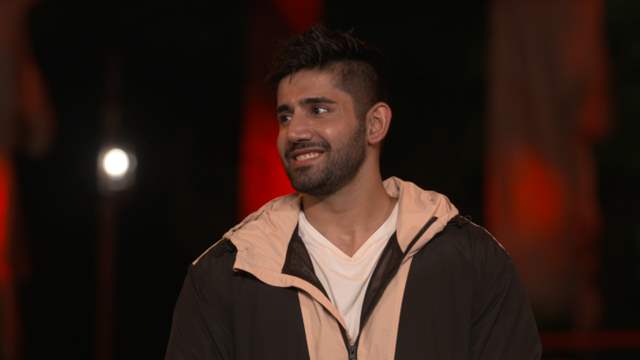 The journey at Roadies never sees a dull moment. After a lot of firsts this year, the contestants are finally back together, relaxing in the hotel at the bio bubble. While this week will see a major tiff between Sanjay, Arushi, Pratibha, Apoorva and Tarandeep, it’ll also host a grand spectacle of an exciting one-on-one battle between the winning team of RPL and their chosen competitors. It is going to be a fight for immunity, a battle of safety.

Last week, Michael, Hamid, Shreya, and Aman won the RPL and earned a star for their leader Nikhil but didn’t win the immunity. This week’s task will make them win or lose their immunity. As explained in the last episode, the winning team will have to challenge one of the contestants for a one-on-one battle and the one who wins the task, wins the immunity. Moving further in the episode, Rannvijay introduces the Safety Task – Lights Out where both the contestants will have to battle out with a sword and switch off all the lights on their opponent's chest armour.

No episode at Roadies ends without surprises, this week Rannvijay gives leaders an opportunity to win stars where they don’t even have to perform. All they have to do is bet their star on who they think would win or lose the one-on-one battle. Where all the leaders wanted to play safe, Varun on the contrary took the risk and betted a winning star on Nikhil’s captain, Michael. Little did he know, Michael chooses Varun’s team captain, Jayant only as his competitor. This leaves Jayant in a dilemma about the next move- to win the task or get his leader Varun a star! Coming to the rest of the winning team of RPL, Hamid will be seen choosing Vipin, Shreya will pick up Poonam and Aman will be seen challenging Abhimanyu.

While all the contestants have picked up a tough contender, the limelight of the task would be Michael Vs Jayant and a fight for Varun’s star. Will Jayant perform for himself or for his captain? Will the RPL winners be able to defend themselves from their own challenge or fall flat in front of their chosen contenders. Will Nikhil lead with 3 stars or Varun will give him a tough competition by earning one star. Tune in to Roadies Revolution, this Saturday at 7 PM to catch the mystical evening with four power-packed battles.