Sonakshi Sinha and Zaheer Iqbal have repeatedly expressed their love for one another on social media. They've been running strong for a long time and consistently provide major couple goals inspite of not publicly accepting their relationship. Talking of which the duo was recently seen dining together at a restaurant in Mumbai.

Thanks to Varun Sharma's Instagram story we got a lovely candid glimpse of Sonakshi and Zaheer.

Earlier last night, Sonakshi and Zaheer’s good friend and actor Varun Sharma shared a happy photo of the couple donning their brightest smiles at the restaurant. Sharing the picture, he wrote, ‘

Sonakshi looked stunning in a spotless white bodycon dress that she paired with a white blazer. Zaheer, on the other hand, looked fantastic in a black and white striped shirt. The couple were indulged in some fun chat as they were snapped.

For the unversed, rumours about Sonakshi Sinha dating Zaheer Iqbal have been doing rounds for a while now but picked up pace in June this year. The two have maintained that they are “good friends”, however, their social media posts have a different story to tell. 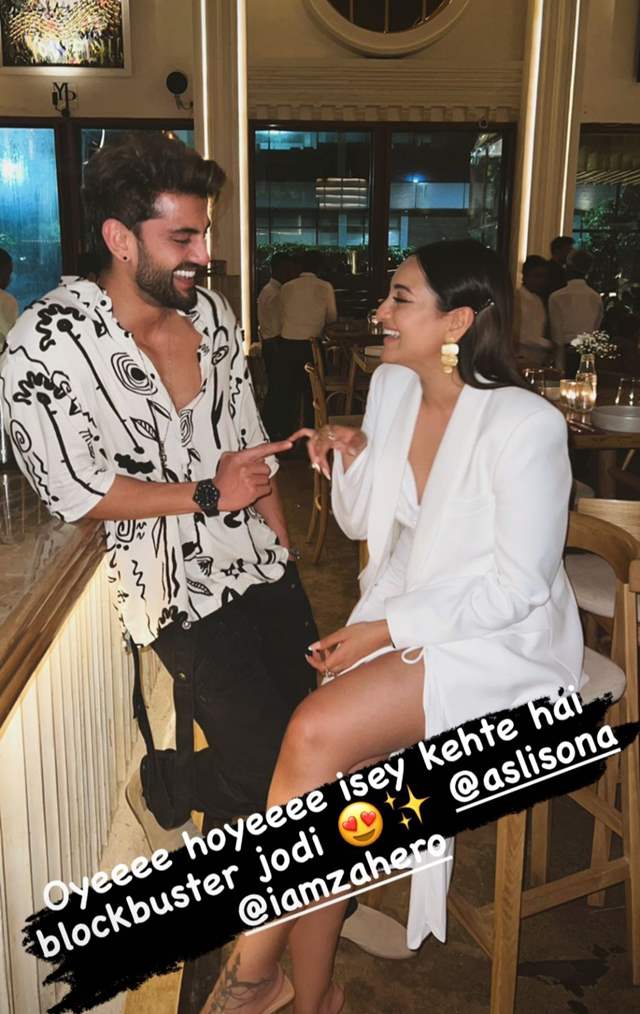 Zaheer Iqbal shared a video on his Instagram handle to wish Sonakshi Sinha o her birthday. In the post, he wrote “I love you” to Sonakshi, and the ‘Dabangg’ actor reciprocated with the same words while commenting on his post.

Before this, Sonakshi Sharma had taken the internet by storm when she posted a video flaunting a ring on her engagement finger. However, she later revealed another post about her new nail paint venture, which many assumed to be an engagement announcement post. 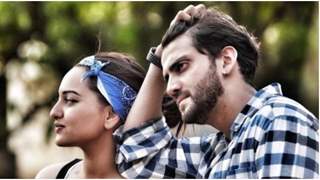