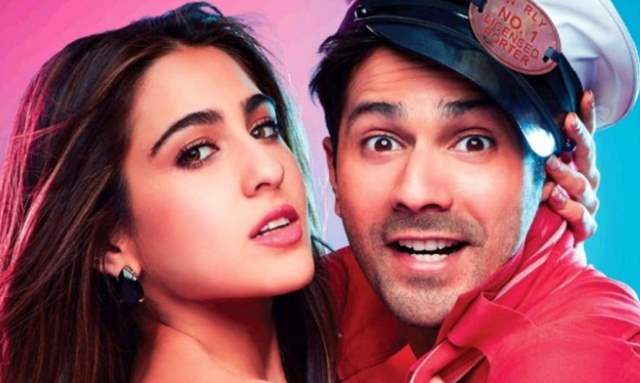 Ever since Prime Minister Narendra Modi announced a nationwide lockdown to control the spread of the novel Coronavirus, movie theatres are closed and many big banner films have been postponed from their original date.

A barrage of films are waiting for release after the lockdown is lifted and in such a scenario, it will be difficult for filmmakers to accommodate all films for a theatrical release. Owing to the current scenario, many films will have opted for a direct digital release and will be streaming online on OTT platforms.

Amitabh Bachchan and Ayushmann Khurrana's Gulabo Sitabo was the first film to mark it’s release on the OTT platform and many other films including Vidya Balan's Shakuntala Devi, Akshay Kumar and Kiara Advani starrer Laxmmi Bomb, Alia Bhatt-Sanjay Dutt’s Sadak 2, Ajay Devgn’s Bhuj, and many others will now directly release on Disney + Hotstar.

However, Varun Dhawan and Sara Ali Khan’s comedy-drama Coolie No 1 might see a theatrical release only. The makers are keen on releasing the film on the big screen and have also decided on a release date as well.

Reportedly, the makers of Coolie No 1 held various meetings to decide the release route for the film. After several meetings, the makers concluded that as the film is a comedy-drama, it will be a relief in these dire times of anguish and thus, the makers have picked a New Year’s release date,  January 1, 2021 to showcase the films in theatres.

The report adds that filmmaker David Dhawan received many offers from the OTT platforms, however, he is ardent for a theatrical release for Coolie No 1.

As per Bollywood Hungama’s report, “The idea is to bring in the New Year with laughter. Varun’s Mr. Lele, which has been shelved, was initially eyeing the New Year release, and now that slot will be taken over by Coolie No. 1. That’s the target for now, however it all depends on the on-ground scenario. Even though Sooryavanshi and 83 have announced their release dates, there lies a strong possibility of a delay in both the films if the cases keep on increasing. It’s all tentative for now.”

Speaking of Coolie No 1,  the film is a remake of 1995 Govinda and Karisma Kapoor starrer and features Varun Dhawan and Sara Ali Khan together for the first time on screen. It also stars Jaaved Jaaferi, Paresh Rawal, Rajpal Yadav, Shikha Talsania. Earlier, it was scheduled to release on May 1, 2020 but was postponed in the wake of the Coronavirus outburst in the nation.

ronshaan 2 months ago No one can be better then Govinda, his comedy was the best.. i doubt varun to be funnier then him

Ayushmann Khurrana Reacts to Being Voted as One of the Most ...
40 minutes ago