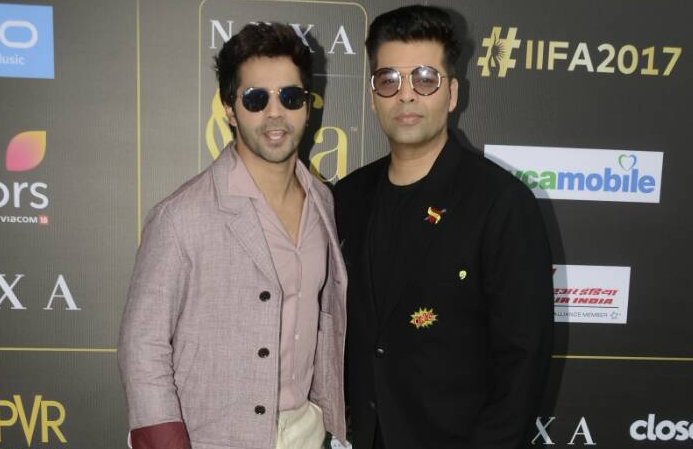 Filmmaker Karan Johar says he gets worried when he sees actor Varun Dhawan performing at any show.

"I get worried watching Varun on shows because I feel in his excitement, besides his shirt many other garments might come off," Karan said during IIFA's press conference here on Monday.

"So that is my big fear because when Varun performs at anything, he has no sense of self-control."

Varun will be joining Karan and actor Saif Ali Khan to host the 18th edition of the International Indian Film Academy (IIFA) Awards in New York next month.

Talking about his plans to host the film gala, Karan said: "IIFA will be live this time, so there will no editing... It is actually making sure that your script is audience friendly because you're not connecting to 40,000 people in audience but eventually to 40 million people, who would watch it live on television."

Karan feels Saif is a veteran when it comes to show hosting.

IIFA will be taking place at the MetLife Stadium in New York on July 14 and 15.

Karan Johar Exposes His Greys For The First Time