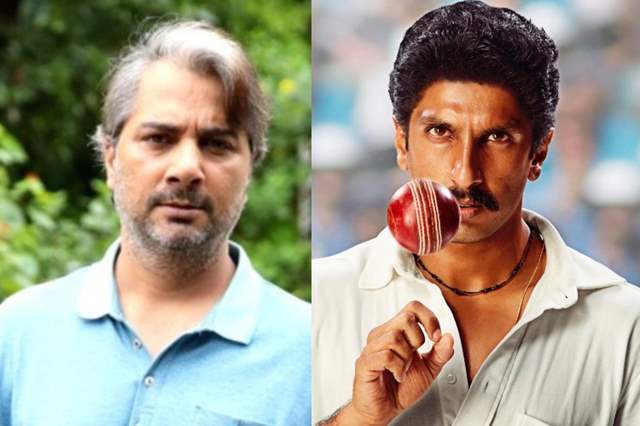 Extremely talented and charming actor Ranveer Singh is all set for his upcoming film ‘83, which narrates Kapil Dev’s journey of life and how he became one of the strongest captains of the Indian Cricket team and won the World Cup in 1983. The first look of all the players including Ranveer Singh are out and people are highly impressed.

Ranveer definitely looks like Kapil Dev and given his versatility, fans are quite sure Ranveer can pull off as Kapil Dev in the movie. However, actor Varun Badola feels that he can do a better job at imitating Kapil Dev’s bowling style than Ranveer.

For the uninitiated, Varun Badola played the role of Kapil Dev in Emraan Hashmi starrer ‘Azhar’, which was a biopic on the controversial Indian cricketer Mohammad Azharuddin.

Veteran actor Varun Badola who has proven his acting prowess in many television shows and films, is currently seen playing an interesting role in Sony TV show Mere Dad Ki Dulhan opposite Shweta Tiwari. In a recent media interaction, Varun said, “I have had the same bowling action since childhood. In fact, in a friendly match in Mumbai, S Sreesanth pointed it out and said that my action is exactly like that of Kapil paaji,”

“For Azhar, the makers called me a couple of days prior to the shoot so I didn’t have any time to prepare. But, no matter how good or bad I looked on screen, I knew one thing for sure that even at 4 in the morning if anyone told me to bowl like Kapil Dev, I would get that right."

When asked about Ranveer Singh’s first look as Kapil Dev, the actor says, “He’s done a fabulous job with the look! I'm yet to see how he gets the mannerisms onscreen, but one thing I can bet for- he can’t get Kapil paaji’s bowling action as perfectly as I can!”

Directed by Kabir Khan, '83 is all set to release in April.