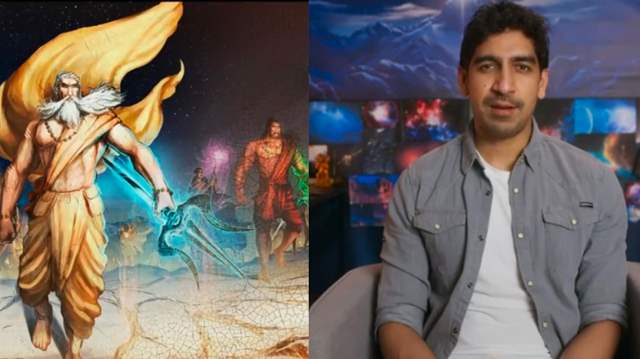 Brahmastra has been the talk of the town since its announcement. The film was first announced in 2014 but comes after several production delays. The larger-than-life film stars Ranbir Kapoor and Alia Bhatt which is the cherry on the cake. From their chemistry in the romantic song Kesariya to the film's visuals, Brahmastra has caught the attention of the fans.

Well now, on the occasion of Guru Purnima, Ayan Mukerji took to his social media and shared a special video of Brahmastra introducing all the astras from his Astra verse.

"THE VISION OF BRAHMĀSTRA - in ENGLISH ! 💥While Brahmāstra is a work of fiction, my attempt has been to celebrate Indian spirituality, in my own way, through this movie. On this very auspicious day of Guru Purnima, I wanted to share a little more in depth about the the concept of Brahmāstra - a movie through which I personally found myself transforming into a forever-student of the infinite wisdom that exists in our ancient Indian roots… 🙏 Hope you guys enjoy our imagination ! #astraverse"

Well, must say the video has truly intrigued us and now we can't wait for the magnum opus to hit the silver screens. The Ayan Mukerji film also stars Amitabh Bachchan, Nagarjuna, and Mouni Roy in peculiar roles.

Apart from Hindi, the film will release in four other languages – Tamil, Telugu, Kannada, and Malayalam. Filmmaker SS Rajamouli is presenting the film in all four languages, while Chiranjeevi has lent his voice for the Telugu trailer.