Today is a day set aside for all things related to love - Valentine's Day. Bollywood is blessed with many young and iconic couples who share a sizzling chemistry on the silver screen. A few of these duos went on to become best buddies, some 'good friends' and then handful decided to make it a real-life gig, and why not with Bollywood playing Cupid and striking two hearts to make them fall deeply in love.
Keeping that in mind, we have something special for our wonderful BollyCurry readers; on-screen couples who have left an impact on the audience and thus making them the hottest and demanding jodis of the era. We are confident you would like to your favourite duos together on-screen again for their sizzling fiery presence so we put forth a list of top five leading pairs with the aim for stealing your hearts away. Let's take a peek!
Aditya Roy Kapur and Shraddha Kapoor 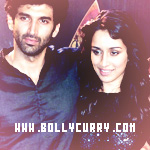 Our very own Aashiqui 2 couple, Rahul and Aarohi aka Aditya Roy Kapur and Shraddha Kapoor are definitely one of the most adored couples of Bollywood. Both actors rose to fame overnight after giving their best performance in their first project together. Cupid also didn't miss the opportunity of binding the two hearts together in their real lives. After numerous film promotions and spending quality time together on and off-screen, the two grew fond of each other and eventually fell in love. So on this Valentine's, we wish the couple loads of love, joy and togetherness.
Arjun Kapoor and Parineeti Chopra 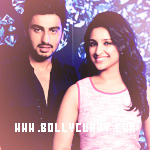 Second on our list is the spectacular Ishaqzaade couple of Bollywood. The film industry was abuzz with strong rumours of the two dating each other for sometime but none of their activities and appearances gave us a clear picture of each having a soft corner for one another. However, the audience knows best and would love to see them together again on-screen for their charismatic and passionate performance. What do you think? Is it a yes or a no?
Dhanush and Sonam Kapoor 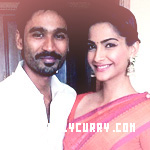 Raanjhanaa, became a box office success due to the fresh and vibrant pairing of Dhanush and Sonam Kapoor. A remake of a South Indian movie, it paved its way to the number one position for several weeks. The chemistry between the two possessed an igniting spark that lead to much heat till the very last frame. Despite being unconventional leads, it was a treat to watch Dhanush and Sonam matching up each others splendid acting skills. The directors and producers of our industry are sure to think of another film casting these two brilliant performers.
Ranbir Kapoor and Deepika Padukone 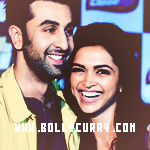 Ex-beaus and the couple who were very much in love for quite a long time - RK and DP. Films such as Bachna ae Haseeno and the recent Yeh Jawaani Hai Deewani created waves worldwide due to their sizzling chemistry and charm. The audiences were left grieving after they officially announced their break-up however, despite not being together, the two are still good friends. We wish they both celebrate Valentine's Day with much love and passion for their respective partners on and off-screen hamesha and forever.
Varun Dhawan, Alia Bhatt and Sidharth Malhotra 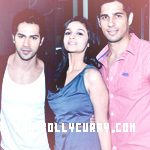 This magical trio from Karan Johar's Student of the Year - Varun Dhawan, Alia Bhatt and Sidharth Malhotra - earned a lot of appreciation worldwide for their spectacular on-screen chemistry. Bhatt gave her best with both the handsome hunks, Dhawan and Malhotra. There are countless fans rooting for both the couples globally and are waiting to see them soon in yet another Bollywood flick. Good news for the Bhatt-Dhawan supporters, the duo are soon to be seen together in another Karan Johar venture - Humpty Sharma Ki Dulhania.
Apart from the aforementioned five, we have a long list of other jodis who have their fans raving crazy every time they appear on-screen. Let us know who your favourite is or who you would like to see together on-screen. Until we meet again, on behalf of the BollyCurry team, we wish you a happy Valentine's Day.
Writer: Shikha A.
Editors: Amanda H. and Jenifer Y.
Graphics: Shikha A.
Do you have a suggestion or comment for BollyCurry? Drop us a PM at BC_Dropbox today!