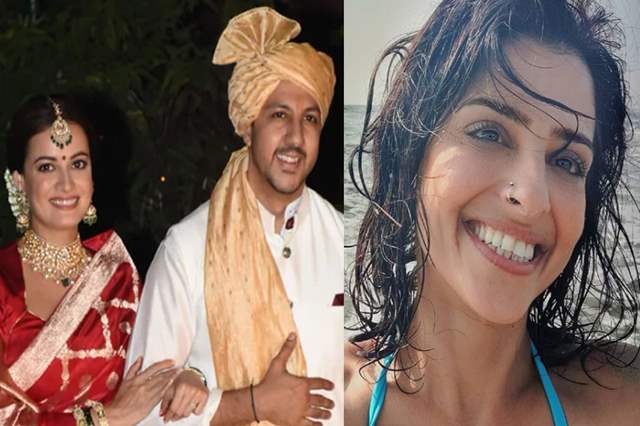 For the past couple of days, one of the most talked-about marriages has been that of actor Dia Mirza's with Vaibhav Rekhi. The actor got married to Rekhi on 15th February 2021 in an intimate ceremony which was attended by a select few from the industry and their families. While their wedding was obviously a talking point, it was their previous relationships that also became a conversation where we know that Mirza was earlier married to Sahil Sangha but it was only recently known that Rekhi was also earlier married to yoga and fitness instructor, Sunaina Rekhi.

While lady Rekhi went on to post a clip about the same and had nothing but positive things to say about the newlywed couple showering them with love and good wishes, she herself was flooded with messages of concern from friends and followers.

Rekhi has been extremely mature about the scenario where in an interview with Pinkvilla, she emphasised there is no love lost. She said, “I've been flooded with calls and messages from men and women alike, after I put out the video. I'm so thankful to everyone who's reaching out. People say, this is a huge display of courage on my part to talk about it and it's inspired some of the women out there to speak their minds. I'm just so happy to hear this because ultimately human beings need to inspire each other for a better tomorrow. And if a little talk on my part has made a difference to someone's thinking or being, I think that this exercise has done its job well."

Talking about her daughter Samaira, who was cheerfully seen throwing flowers at the couple during the ceremony, she said, “Both mine and Vaibhav's family feel extremely lucky that Samaira was born to us. She's a very sorted girl, with a high EQ and IQ. She's been a good daughter to both of us and she's handled herself very maturely. I feel truly blessed to have her as my daughter.” She added, “Marriage is a beautiful institution and I believe in it. But the alliance isn't always amongst the most compatible people. And this compatibility can only find out, when they are together. So often it's not anyone's fault. They can be the best individuals in their own right and yet not fit with each other. But one should never negate the beauty of marriage because of all this.”