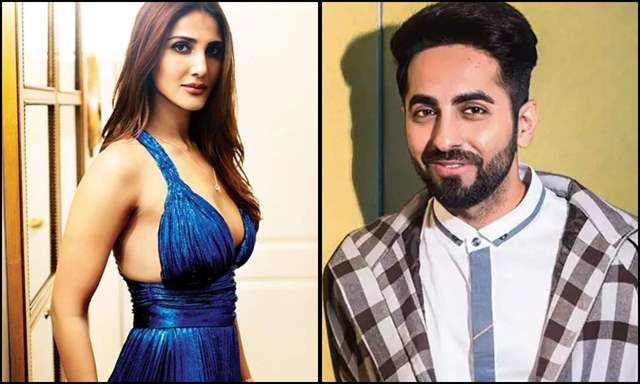 A few days ago, it was reported that Ayushmann Khurrana has signed his next with director Abhishek Kapoor. The yet to be titled project will see Ayushmann as a cross functional athelete.

And in the latest updates coming in, the team has found the film's leading lady. Vaani Kapoor is all set to star alongside Ayushmann in this progressive love story.

This will be the first time Vaani will romance Ayushmann on screen. It will be exciting to see their new chemistry sizzle up the screens.

Speaking of sharing screen space with Ayushmann, Vaani said that she is 'thrilled' as she finds him one of the most talented actors of their generation. "

Ayushmann is one of the most talented actors of our generation and I'm only thrilled about our first film together to be this beautiful love story," she said.

About casting Vaani as Ayushmann's love interest, Abhishek said: "I thought Vaani was fabulous in Befikre. She is beautiful and a very committed actor. I am looking forward to having her and Ayushmann on set. I believe the combo will be electrifying."

Abhishek Kapoor's film is set in north India, and shooting is scheduled to begin in October.

Meanwhile, Vaani will also be seen in Shamshera starring Ranbir Kapoor and Sanjay Dutt. She also has Akshay Kumar's Bell Bottom in her kitty.

Indian Idol 12: Team starts shooting for final round of ...
3 minutes ago

Sidharth Pithani to record statement under 164 CrPc, may ...
5 minutes ago

Nakuul Mehta and his powerful narration: Times when he hit ...
42 minutes ago