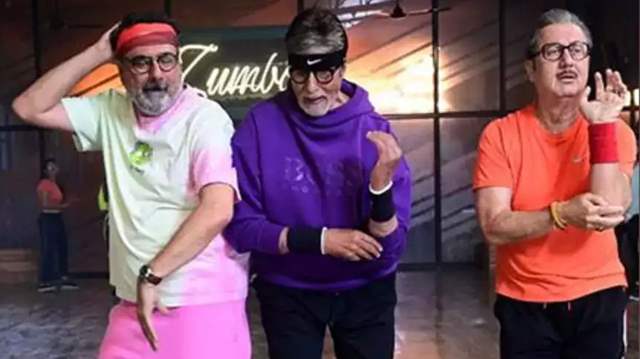 Rajshri’s official page tweeted and announced the release date of their 60th film – Uunchai, directed by Sooraj R. Barjatya. Slated to release on 11.11.22, Uunchai will arrive on the diamond jubilee year of the iconic production house, marking its 75 years of establishment.

Billed as a story of four friends, Uunchai went into production last October in Nepal. In April this year, Anupam Kher announced the wrap of the movie. He wrote, “It’s a WRAP. THANK YOU #SoorajBarjatya for your love, warmth, brilliance, and compassion during the shooting of #Uunchai! This little jump action we all did was Soorajji’s signature step when we did a good shot. We all did it for him as a tribute to his noble and humble royal direction during #Uunchai. This little skip is our little way of saying we love you.”

Uunchai finished its principal shooting earlier this year. The film was extensively shot in Nepal, Delhi, Mumbai, Agra, Lucknow, and Kanpur. It marks director Sooraj R. Barjatya’s return to the big screen after 7 years. Like all Rajshri films, taking the legacy of wholesome entertainment forward, Uunchai promises to be a complete family entertainer.