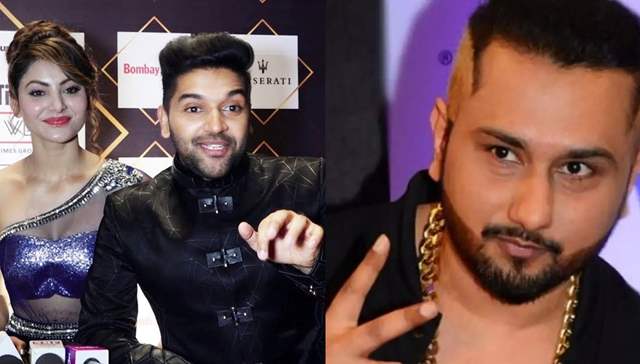 Urvashi Rautela, and singer, Guru Randhawa, will be seen performing at the wedding reception of Sneha Singh, sister of the pop-singer and rapper YoYo Honey Singh. The recently released “Virgin Bhanupriya” actress Urvashi Rautela, was previously seen in the hit films like “Kaabil”, “Sanam Re”, and “Bhaag Johnny” and many more. Urvashi Rautela has also performed in some sensational music videos like “Love Dose”, “Bijli Ki Taar”, and the very recent one “Teri Load Ve” which became a massive hit.

According to the sources, Urvashi Rautela will be performing with the 'Naach Meri Raani' singer Guru Randhawa on the occasion of the wedding reception of Sneha Singh, who got married last month. For sure Urvashi Rautela and Guru Randhawa are going to set the floor on fire with their fierce performance. Guests are going to be shocked when they find out who is going to be amongst them in the reception.

With Guru Randhawa himself, Urvashi Rautela will be seen next in a music video “Mar Jayenge” being produced by Bhushan Kumar’s T-series, Remo Dsouza will be directing the music video

On the work front, Urvashi Rautela is currently shooting for her next hit web series “Inspector Avinash” with the commendable actor Randeep Hooda. Urvashi Rautela has a number of films to carry out like the bilingual thriller “Black Rose” and the Hindi remake of “Thiruttu Payale 2”. Out of all, the most exciting project is with the Egyptian superstar Mohamad Ramadan.