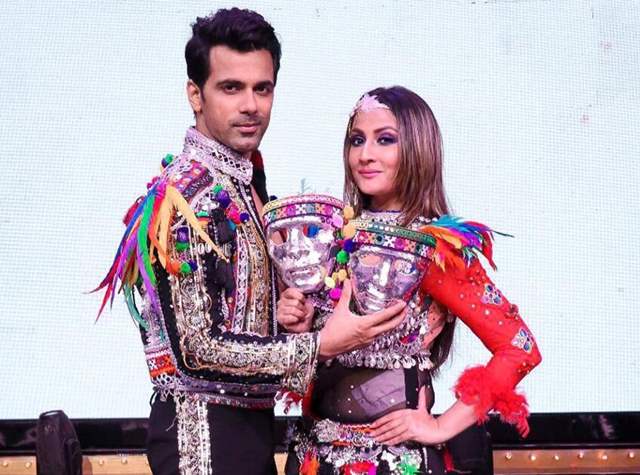 Star plus’s popular celebrity dance reality show Nach Baliye 9 has set new benchmarks of excellence in the world of dance and raised the entertainment quotient with some dhamakedar performances by its talented contestants. As the competition gets more and more intense, the top jodis are pulling out all the stops to present pathbreaking performances and impress everyone with their scintillating moves. This week, the viewers will be in for an extra entertainment bonanza as the show will introduce the wild card entrants for this season of Nach Baliye.

One such Jodi who will re-enter the show will be ex-couple Urvashi Dholakia and Anuj Sachdev. They will be seen dancing on the evergreen high-octane song ‘Chaiya Chaiya’. Their costumes too, have colorful sequences and mirrors on it to make the performance look picture-perfect. During rehearsals, Urvashi hurt her side waist because of the sharp mirrors on Anuj’s outfit. But this did not stop her from sizzling the dance floor, leaving the judges mesmerized with their jaw-dropping performance.

Well, this Jodi definitely deserved to be back as wild card entries!