New Delhi, Aug 8 (IANS) Scriptwriter-director Urmi Juvekar sits pretty, scripts of two upcoming movies ready, one of which, 'Oye Lucky Lucky Oye', is scheduled to be released this November, and a host of others already in her bag.

Juvekar has written scripts for movies such as 'Shararat' and 'Rules - Pyar ka Superhit Formula'. However, she maintains that she would never want to direct any mainstream Hindi movie.

'I enjoy exploring new and different kind of cinema. I have done documentaries and feature films, but I have no plans of directing mainstream cinema,' Juvekar told IANS during the screening of one of her documentaries here.

'I enjoy writing scripts, different kinds of them. And I hope people, in the industry and otherwise, realise that it's the scriptwriters who are the real heroes.'

Juvekar, who also wrote the script of 'Darmiyaan', the film starring Kirron Kher and Tabu that dealt with homosexuality, says that she keeps rewriting her scripts, discovering and re-discovering the story, until she is completely satisfied.

'As a script writer, you keep rewriting the story, discovering there's more to it than when you started out. In fact, I never write a script for a film less than six times,' Juvekar said.

Other than 'Oye Lucky Lucky Oye' produced by Ronnie Screwvala and starring Abhay Deol and Neetu Chandra, Juvekar has now written the script for an untitled project for PVR productions. Rahul Bose and Esha Deol will play main leads in this movie.

'I like directing documentaries. There is a different thrill about it. I have done documentaries on the Meenakshi temple in Madurai, on the modern hippies of Goa, on the Mercedes Benz... yes, the car and the latest, on the Shillong Chamber Choir,' she said.

The Shillong Chamber Choir, written and directed by Juvekar, profiles a unique and talented group of young singers, most of them underprivileged, trained by a philanthropic musician in the hills of Shillong in India's northeast.

The film, produced by the Public Diplomacy division of the Ministry Of External Affairs, was shot in 15 days, and was screened for the first time in the capital last month.

All praises for small budget films like 'Bheja Fry', which did very well at the box office, Juvekar said that she doesn't want to be typecast to a particular genre of cinema. 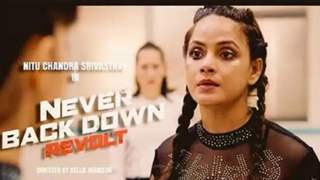