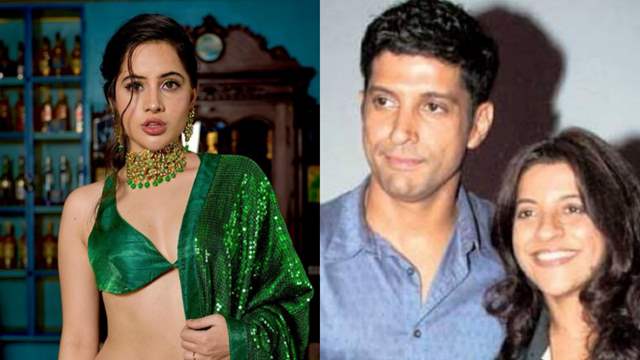 Recently, a video went viral on social media in which 'Bigg Boss OTT' contestant Urfi Javed is seen at the airport in a very bold style.

Meanwhile, Javed Akhtar was also in the headlines due to one of his statements.

As a result, some users on social media shared such posts in which Urfi Javed and Javed Akhtar were described as granddaughter and grandfather.

After this Shabana Azmi gave a statement in this matter.

But now Urfi herself has given a befitting reply to the people, breaking the silence in this matter.

Due to this controversy and misunderstanding, many people are also contacting Urfi Javed and asking about her and Javed's relationship.

She has shared some of her pictures on instagram.

In whose caption he wrote, 'Since 2 days so many people have asked, am I the poti (granddaughter) of Javed Akhtar ji? Answering this, my head hurts! Tell Farhan or Zoya, now one more share has increased in the property!'

In fact, after the videos of both (Javed Akhtar and Urfi Javed) went viral on social media and Javed came in the name of both, some people trolled both of them as relatives.

In these tweets, expressing objection to Urfi's clothes, she is being described as the granddaughter of Javed Akhtar.

Javed's wife Shabana Azmi herself had told the truth in this matter when many such posts came to the fore.

Shabana's team has issued a statement on her behalf, saying that there is no relation between Urfi and her family.

This is a mischief of some person who has tried to create an atmosphere against Javed Akhtar by posting such a post.