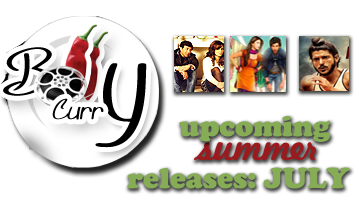 Summer is usually a time of much relaxation, spending time with friends and family, and overall enjoying life! One of the best things to do on a hot, sunny day (other than lounge in a pool), is to go watch a movie in a refreshing, cool theatre! So, here we are, bringing to you some of the hottest movies that you should check out this month!

There are numerous promising movies to release this sweltering July. First up, releasing this Friday is the heavily publicized and much awaited Bhaag Milkha Bhaag. Starring Farhan Akhtar and Sonam Kapoor, this Rakeysh Omprakash Mehra production is based on the life of the esteemed track and field athlete, Milkha Singh. Despite having a great soundtrack, amazing actors and an even better storyline, what makes this film truly unique and a must watch is the fact that all profits will be used for disadvantaged athletes. So, catch the movie this weekend!

July 19th brings to us the Prabhu Deva directed, Ramaiya Vastavaiya. Starring Shruti Hassan and fresh blood Girish Kumar, the movie is a remake of a popular Telugu movie that was itself a remake of Maine Pyar Kiya. The movie boasts of a decent soundtrack with the romantic ballad "Jeene Laga Hoon" being particularly popular. Also releasing on the same day is D-Day, a crime-thriller starring Arjun Rampal, Rishi Kapoor, Irrfan Khan, Shruti Hassan and Huma Qureshi. Directed by Nikhil Advani, is the story of an elite task force that is sent to Pakistan on a mission to bring back the Most Wanted Man in India to face justice!

July 26th sees the release of I Love NY, a romantic comedy starring the unique pairing of Sunny Deol and Kangna Ranaut. The movie is essentially a story of a chance encounter between two polar opposite people on New Year's Eve and how the fallout changes their lives forever. Also releasing on this day is romance Issaq, starring Prateik Babbar. The movie is essentially a twist on the classic tale of Romeo and Juliet, with two lovers from rival families choosing to take the path of love over hatred. Finally, the third movie to watch out for on this Friday is Bajatey Raho, a comedy starring Vinay Pathak, Ranvir Shorey and Tusshar Kapoor. The movie is a revenge comedy with four victims taking their revenge on a conman in the most hilarious way possible! This movie also marks the Bollywood comeback of RDB, the popular Punjabi bhangra and hip-hop group, after the death of their third member and brother, Kuly, last year. The brainchild behind popular anthems like "Shera Di Kaum" and "Singh is Kinng", the brothers have once again created an amazing fusion piece for the title song of the movie.

And with that, we conclude our brief tour of the movies hitting theatres near you this July! While there is almost no big banner film or one boasting of Bollywood biggies, there is a wide variety of genre available this month. Which ones are you most looking forward to? Let us know below! 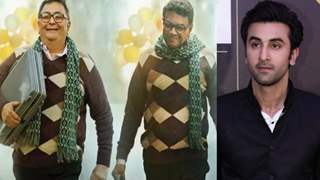 Ranbir was roped in to finish Rishi Kapoor's part in 'Sharmaji ...