View Profile
It was a time while Salman-Aishwarya-Vivek triangle was a hot topic in the B-town. Gossips and rumours regarding kaun thamega Aish ka hath were spreading like fire in the woods. 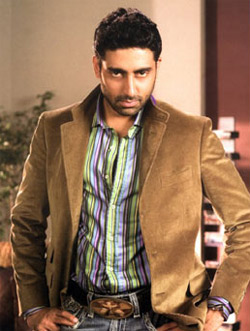 Featured Video
But quite unpredicted to all Abhishek came and wedded Aish away home. Likewise while Abhishek was excited about his unprecedented role in Dhoom 2, Hrithik, quite unpredictably again, took away all the eyeballs beside Aishwarya. The same game of unpredictable theory followed even in the actor’s Bunty Aur Bubly where he was paired with Aish only in a song which framed the bubbly Aish much better with the Big B and alas not Abhishek.

“I think it's very exciting because at the end of the day the fate of the film at the box office is not in our hands,” Abhishek further insists on his faith on unpredictability. With that much explanation, Abhishek truly deserves the role that he is playing in Drona. It’s magical and on dreamy states in real life. Probably Abhishek will gain some magical boost from this role. At least he needs it to deal with all his unpredictable approaches in his reel life, if not real!