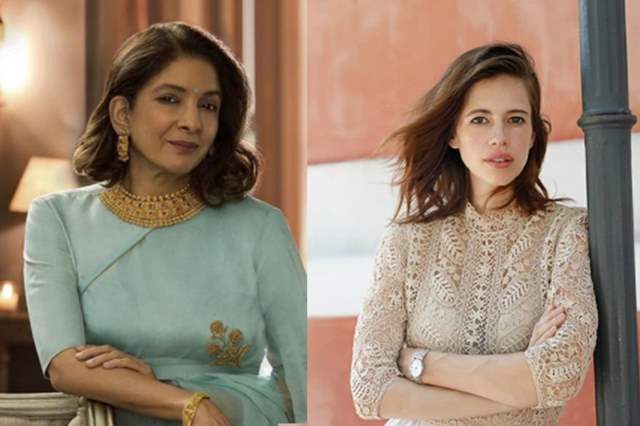 The pandemic is a reality and while the vaccine is here and already treating many out there, a variant of the COVID-19 has managed to make a dangerous impact, especially in the UK. Ever since the strain made its way among people, several things in the UK have witnessed have a temporary halt and even a huge postponement. The latest to join this list is Neena Gupta and Kalki Koechlin starrer Goldfish. The shoot of the film has been indefinitely postponed due to the emerging new COVID strain.

"We were a week away from filming when the new strain of the virus began to make its presence felt. Given the rapidly rising number of people falling prey to it, we could not in good conscience put the actors and crew at risk, and so decided to reschedule the shoot," said director Pushan Kripalani.

"Support from the actors and crew has been unfailing and we are very touched that every single person has stood by the project and can't wait for it to resume. Pre production continues unabated and we hope to return to London as soon as we are able to begin principle photography on ‘Goldfish'," the director added.

"Considering the national lockdown in the UK and the highly contagious variant of the Coronavirus, we have decided to postpone the shoot to a later date when it is safe for all involved. We will not take any undue risks and jeopardise anyone's health and well-being. It is unfortunate we had to postpone the shoot but we will be shooting this as soon as possible," producer Amit Saxena added.

The film starts when Anamika (played by Kalki) returns home to her estranged mother Sadhana (Neena Gupta) because she is suffering from the onset of dementia. Anamika returns to a neighbourhood she barely remembers, to a woman who sometimes doesn't remember her. It is about how they explore these complex emotions. The film also stars Rajit Kapur in an important role.