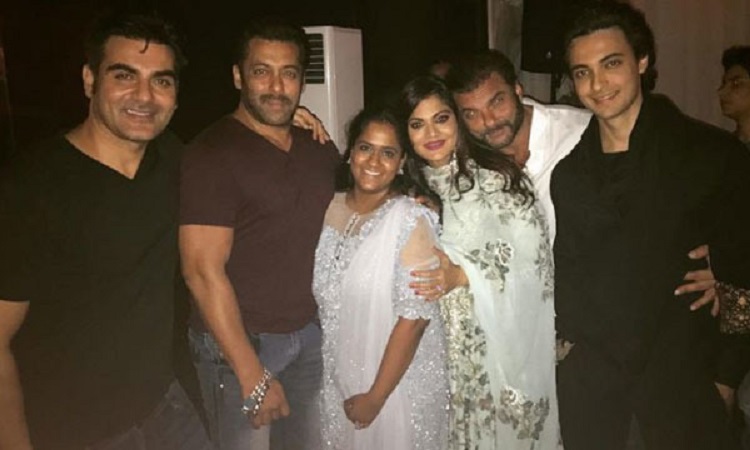 Celebrations galore for Aayush Sharma as he brought in dual wedding anniversary revelry at his residence. The soon to debut actor hosted a lavish bash to celebrate the wedding anniversary of his in laws and himself.
Salim Khan's first marriage was to Sushila Charak (Salman Khan's mom), on 18 November 1964. Aayush Sharma tied the knot with Arpita Khan at Taj Falaknuma Palace in Hydrabad on November 18, 2014.
Aayush Sharma and Salim Khan had both married their respectivebetter halves on 18th November in different years. Ayush Sharma's wedding had grabbed eye balls.
Ayush Sharma had thrown a party yesterday to celebrate the marriage anniversary of himself and father in law 'Salim Khan'.
So yesterday both of them celebrated their anniversary together. Ayush is busy with the preparation work of his next film, which was announced recently, but he took time out to plan this personally for the family.
Friends close to Aayush share how he is one of the best party hosts and his parties are always memorable. On this occasion, he took up the responsibility to get the whole family together and raise a toast to more years of togetherness.