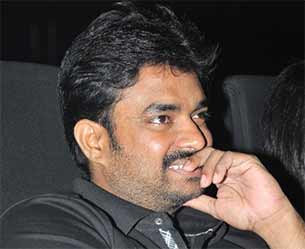 Filmmaker Vijay, who is amazed by the potential of newcomer Twaraa, says she reminds him of actress Sridevi from her early days. She has played an important role in his forthcoming Tamil directorial "Saivam".

"Twaraa is a bundle of talent and a bag of immense potentiality. She reminds me the earlier days of Sridevi. Her knowledge on films and framing position amazes me. She doesn't require any prompting; for once I felt that talent cannot be bounded by linguistic limitations," Vijay said in a statement.

Twaraa, who has starred in several advertisements over the years, makes her debut in a lead role opposite debutant Luthfudeen Baashaa in "Saivam".

"I strongly feel she holds lot of promise and a special status awaits her here in tinsel town," he added.