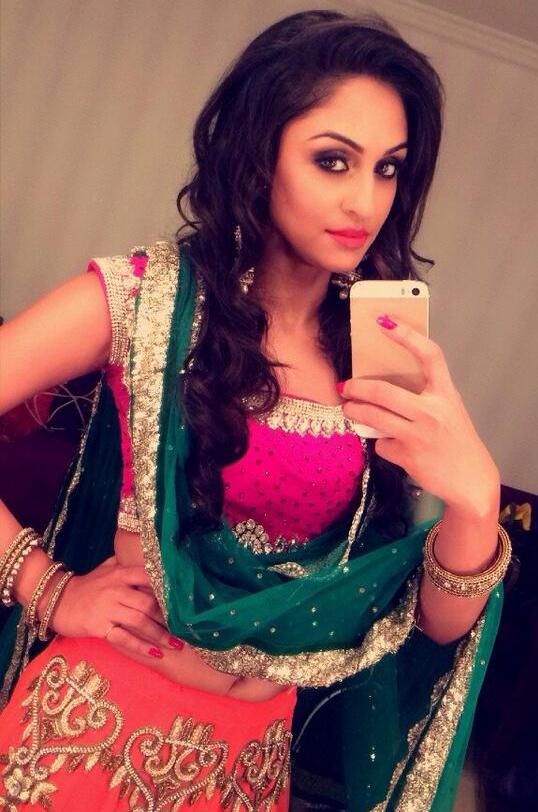 The show has started its preparation for the quarter finals and to make it special many known faces from the other shows will be seen making an appearance on the stage of Entertainment Ke Liye Kuch Bhi Karega.

One of the actresses who will be seen grooving is the beautiful Krystle Dsouza who is currently seen in Ek Nayi Pehchaan as Sakshi.

We got in touch with Krystal to know the further details and about her experience of being part of this talent hunt show.

Krystle said, "Yes I will be seen dancing on the stage of Entertainment Ke Liye Kuch Bhi Karega Season 4 for the quarter final episode. The experience was really good and I danced with all other dancer. When I was told that they want me to perform for the quarter finals, so they asked me that aap mai jo talent hai who batao we will make you do that on the stage. That time I realized that actually I have no talent in me. So I told them that I can do little bit of dance and acting so you can make me do either of them. As far as the song is concerned, for that you will have to see the episode."

Well apart from Krystle other actors who will be seen showing their talent on the stage of Entertainment Ke Liye Kuch Bhi Karega Season 4 are Vikas Manaktala who will show the magic where he will vanish Anu Malik and then he will be found in the cage, whereas Aishwarya Sakhuja, Shargun Mehta and Aashka Goradia will woo the audience with their dance performances.

We are sure that Krystle Dsouza including other actors who will also be performing will put the stage on fire with their phenomenal performances.

6 years ago Just watched Krystle'd performance!
You were fabulous and absolutely amazing!
Loved every bit of it!
Love you so much Krystle D'souza!

6 years ago Sargun mehta love the way you play Ganga... vulnerable n strong all at the same time

+ 2
6 years ago Krystle Dsouza all the best

+ 2
6 years ago Love u so much Krystle Dsouza!! Excited to watchthis

6 years ago I think Karan Sharma who seen in Ekk Nayi Pehchaan also making an appearance on the stage. But didn't mention abt him.
Hope it's going to be rock the stage with all of them in the show.

6 years ago I hope this promotion helps Main na bhoolungi and ek nayi pehchaan to get high trp,s .

+ 2
6 years ago Archana Puran Singh as a judge was far far better than the big headed Farah Khan.
.
Please bring her back a.s.a.p.