The era of comedy in India has stagnated immensely and it's a harsh truth we have to accept. The cliched "its tough to make people laugh" couldn't have been more real in the present day scenario. It's a pity how comedy shows are looked upon as the 'lesser-known' sagas, where in fact, they deserve the amount of respect which several other shows do NOT deserve.
SAB TV, as a channel has been the flag-bearer of comic shows over the years and except for the likes of Taarak Mehta Ka Ooltah Chashmah, Chidiya Ghar and F.I.R, not a single show has managed to sustain the unforgiving game of ratings. One can keep arguing on how the above mentioned shows do not offer the 'laughs' anymore, but then we are the ones to blame for that eventually.
Unfortunately, we have entered the phase of television viewing where a novel concept doesn't even get the attention it deserves. Time and again we talked about how content driven shows like P.O.W. - Bandi Yuddh Ke and 24 franchise don't get the appreciation they deserve, but this piece is NOT about that.
SAB TV's re-branding has a mix of hits and misses.. 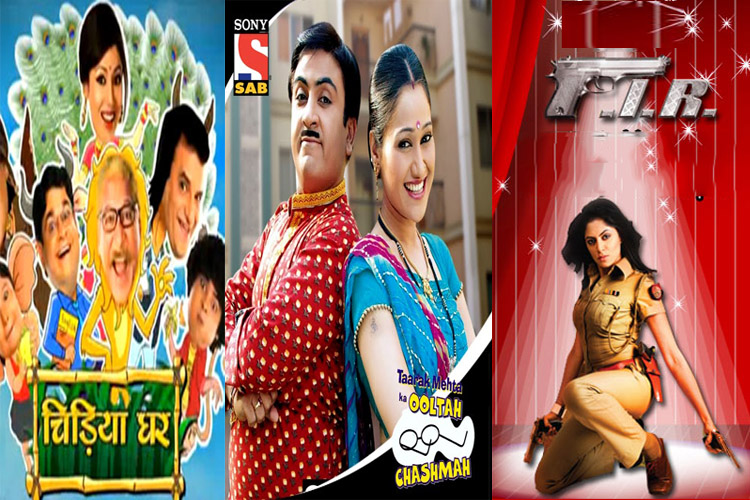 The channel recently introduced its new logo thus deciding to adapt with time (which it should have earlier). Giving a boost of young blood and maintaining the family drama is the blend several have tried previously and failed miserably. While Sajan Re Phir Jhoot Mat Bolo seems a total miss in this experiment, the recently launched TV Biwi Aur Main is not the same. 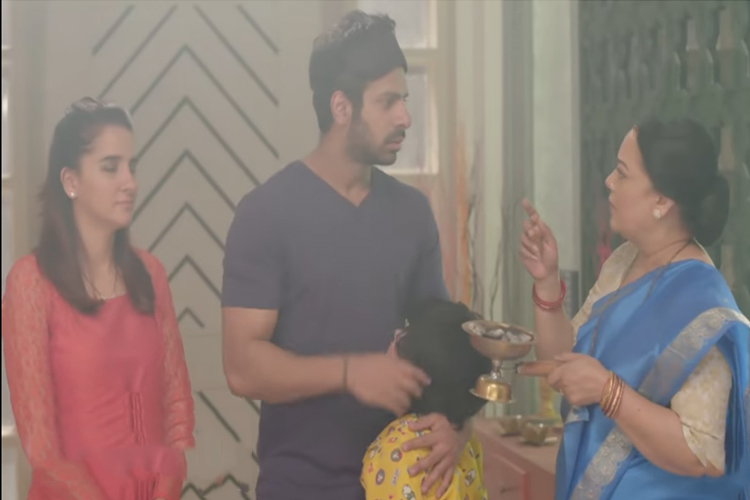 I will be honest here that I wasn't looking forward to TV Biwi Aur Main initially following the preconceived notion on it being just another defeated attempt to make one laugh. The promos did not impress me and now I have no qualms in mentioning that I couldn't have been more wrong. Catching up on the initial episode of the show, I was immediately hooked on it and now a few episodes later I am writing this piece about it. In a day and age where all we get is situational comedies at our disposal, this show has the blend of comedies which several may not even be aware about. Along with it being a sitcom, the show has the mixture of anecdotal comedy and topical comedy which is an absolute treat.

The situations are really funny! 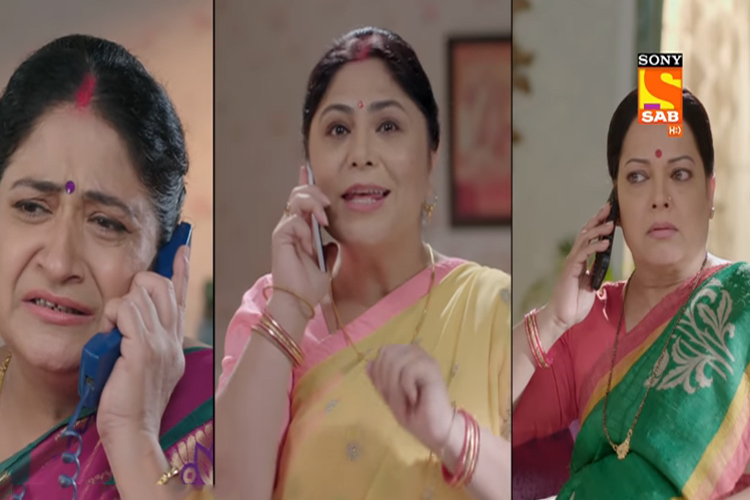 Some may find it argumentative that topical comedy may not be its exact genre, but TV Biwi Aur Main actually does that in its own sense. We have written n number of articles on how saas-bahu sagas are regressive, pathetic and even cringe-worthy after an extent. This show decided to take on this concept and portray the reality in the most hilarious way possible. Featuring the dilemma of TV producer, Rajeev (Karan Veer Mehra) juggles his life being the producer of a regressive saas-bahu TV show, 'Bindiya' along with his life at home where he has a mother who LOVES the show and a wife, Priya (Shruti Seth) who is scorned by her mother-in-law for nor being the ideal bahu and can get difficult at times.

The characters couldn't have been sketched better 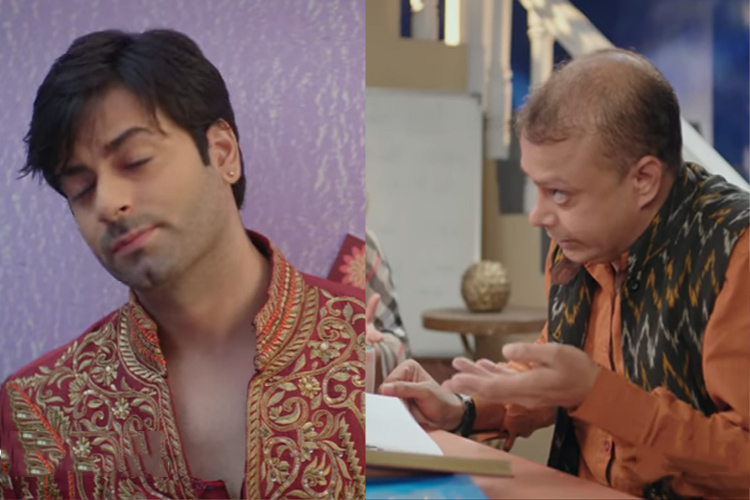 The show has an ensemble cast portraying fabulously sketched characters. You almost feel sorry for Rajeev as he is under the constant stress of being the peacemaker at his home and on the sets too. Coming to the other characters, the portrayal of every character is amazing and extremely relatable. Be it the quintessential mother who keeps taunting her daughter-in-law for not being the ideal bahu like the on-screen bahu she loves or the actual on-screen bahu/actress who is a tantrum queen in reality and nothing like her on-screen persona; there is so much reality, it leaves you spellbound. Amidst all this, what caught my eye specifically is the character of Kushal who plays the on-screen husband to Bindiya. The situations where he is literally begging for one dialogue in the sequence and is advised to do only show his good physique' is gobsmackingly real and totally hilarious. Remember all the times we have written about male actors being nothing more than mannequins in a saas-bahu saga; this is what we were talking about. The other character which is brilliantly sketched is that of the daily soap writer. The dilemma of being a daily soap writer couldn't have been more genuine. There is a situation where he is asked to change the scene about how the mangulsutra should be worn by the bahu in the show in a way she doesn't actually wear but appears that she has worn it! I am sure you want to bang your head right now! The writer in the show does the same. On being asked why, he tells that he is punishing himself for being a daily soap writer! 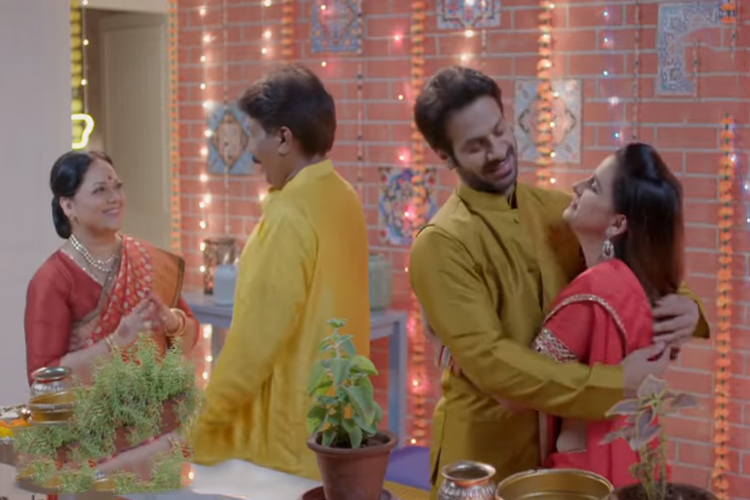 Another highlight of the show is the bond between Shruti Seth's character and her mother-in-law. Her mother-in-law leaves no stone unturned on berating her and taunting her at every possible instance. But, not once do you find that shocking or disturbing and that is credited to the writing and the performance of Shruti and Madhuri Sanjeev. There is an unexplained love-hate relationship between the duo and its absolutely adorable. In the world of one person loving a daily soap and a typical wife, the latter doesn't for once feel bad about the former's constant remarks. In fact there is a scene, where Priya bluntly mentions on how the sole reason for the house to survive is the fact that she doesn't take her MIL's talks and taunts seriously. That's the beauty of the portrayal and that's how fantastically its drawn for the viewers.
The Performances 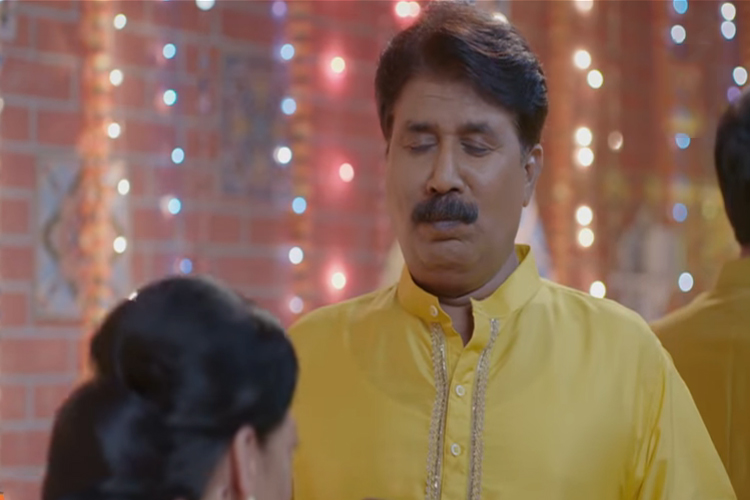 Uplifting the show to a huge extent is the impeccable performances of the actors. Be it Karan Veer Mehra's depiction of stuck-between-two-parallel-lives as Rajeev or the hearty act of the ensemble on the fake show; comedy is showcased as comedy here and NOTHING else! A special mention to the character of Rajeev's dad, which is enacted by Ashok Lokhande should be given. I am sure the ones who have seen the show must have noticed what I did. There is an uncanny resemblance between his character and that of Indravadan Sarabhai from Sarabhai vs Sarabhai.  Ashok's character also loves to ignite a fight between his wife and his daughter-in-law and enjoys it immensely. He makes it a point to get his own son in trouble by revealing his little secrets and becomes the perfect 'naarad muni' we love Indravadan for being too. I have already mentioned how amazing are Shruti and Mahduri's characters and here's just one more mention for them! Kudos!

This sort of Comedy is the Need of the Day 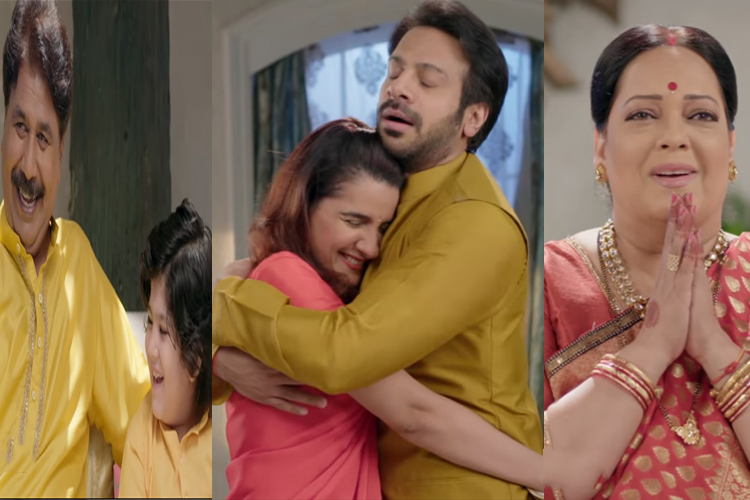 Let's just say it's about time we start respecting and appreciating comedy for being the monumental task that it is! Several comedy shows have come and gone in a matter of months over the past few years! The reason for that has been rather obvious and that is monotony. Modern comedy has somehow been self-knitted to become a mixture of misogyny, despicable physical comedy and stereotypes which is just NOT funny anymore. TV Biwi Aur Main gets the comedic portrayal spot on and a rare wittiness and satirical touch makes the show an absolute celebration of the genre!
On a finishing note, I would like to point out that the problem with the few intelligent shows to see the light of the day is; loosening of the plot after creating such an impact. And, I hope it doesn't happen with this new series.
Thank You SAB TV for giving us a comedy show to look forward to and yes, it's not a western show and is still pretty good!
0 Likes

Shaina_b 2 years ago The show is hilarious!!!!

The saas-bahu duo is great as well as they do love each other!!!! Priya doesn't want to get rid of her mother-in-law and is a normal good bahu!!!!

Kushal's portrayal is bang on!!!!

l-NiklausFan-l 3 years ago Fantastic comic show :)
IF, Can we get a separate forum for "Tenali rama"& TBAM ???

chicsherry 3 years ago They have done the Casting to Perfection and with a Fresh Concept - it has already started on such an Entertainment High!!!
This Show will rock...for sure.
Please open a Forum for this Show for us to Blog our Appreciation and Thoughts.

IdioTinTin 3 years ago I watched the show for Karan Godhwani and loved the show. It is really hillarious and that's real comedy! Also loved the concept and indirectly making fun of Daily soaps, too damn good.

Lifez_Beautiful 3 years ago SVS S1 used to rock and Star One was unparalleled in its times... But sadly after that not many comedy shows got me rofling... But after reading this article, I'm inspired to gv this show a shot and see! Who knows may be this is the one I was waiting for... :)

Az07 3 years ago First week's episode is excellent. The situations are so natural & the entire cast is doing an amazing job. No ott at all! This show deserves more appreciation