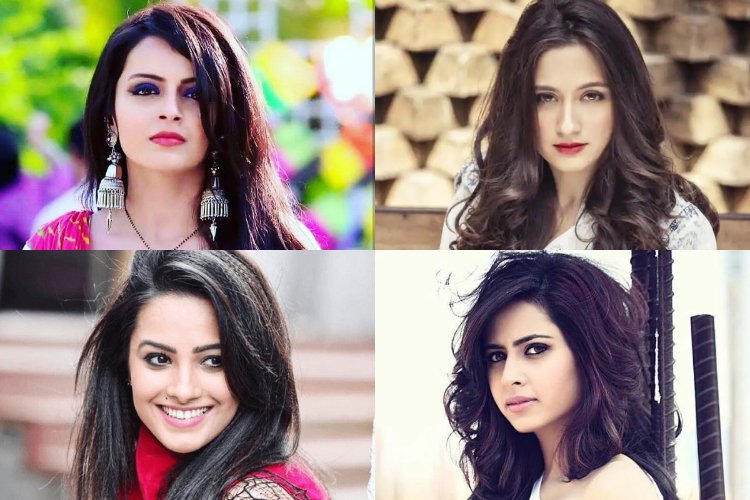 While Bollywood has become the next step to look forward to for the TV stars, it is not the only player in the race anymore. Regional film industries are also slowly taking pace. Be it Punjabi, Marathi, Bhojpuri or Telugu movie, all of them are gaining new fans with every passing day. Wonder how can we be so sure? Going by the awards presented at the 65th National Film Awards, we can safely deduce that the regional movies are indeed providing tough competition to Bollywood movies. And it seems that TV stars are not ready to lose out on this opportunity to dazzle on big screen through them. Thus we decided to give you a handful of Hindi TV actors who made it big on 70 mm screen.
Let's start...
Sargun Mehta

She made her TV debut in 2009 with the Zee TV's 12/24 Karol Bagh. While this stint made her a household name, she went on to feature in film in 2015 with Punjabi movie, Angrej. She even bagged PTC Punjabi Film Awards for Best Actress. This is not it as Sargun starred in Love Punjab, Jindua, Lahoriye, Qismat and other Punjabi movies as well. She even bagged Filmfare Award for Best Actress for two movies. She is awaiting the release of Kala Shah Kala, another Punjabi movie.
Sanjeeda Sheikh

The actress started her career with Nimmo in the 2005 TV series Kyaa Hoga Nimmo Kaa. She has done a variety of roles on small screen and won the hearts of many. In the year 2018, she made her Punjabi Debut with Ashke. The movie bagged 3.5 stars out of 5 in The Tribune and Dekh News. Moreover, it ran for 7 long weeks and made a total of Rs 18 crores worldwide.
Bhavya Gandhi 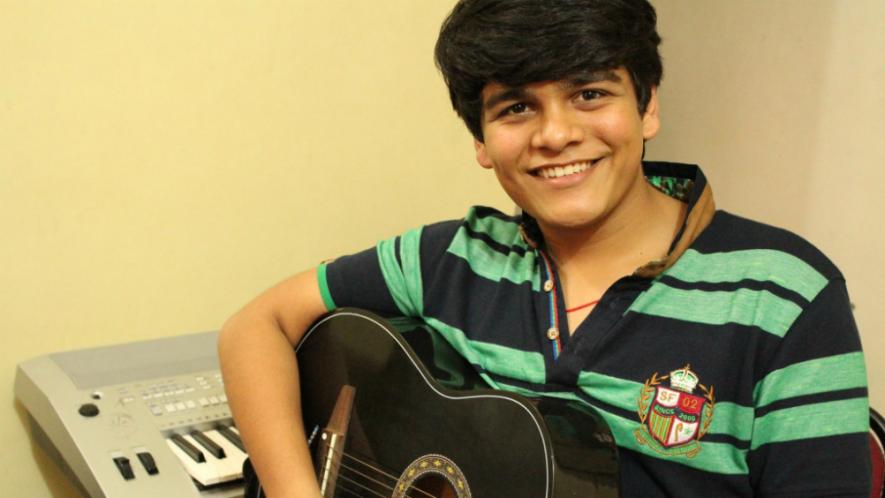 Popularly known as Tipendra Jethalal Gada from SAB TV's Taarak Mehta Ka Ooltah Chashmah, the actor is a popular face of Gujarati movies. He debuted in big screen in 2017 with Pappa Tamne Nahi Samjaay and there was no stopping from him. The movie went on becoming a massive hit on box office, giving Bhavya a ticket to more such movies like Baap Kamaal Dikro Dhamaal and Bau Naa Vichaar.
Anita Hassanandani 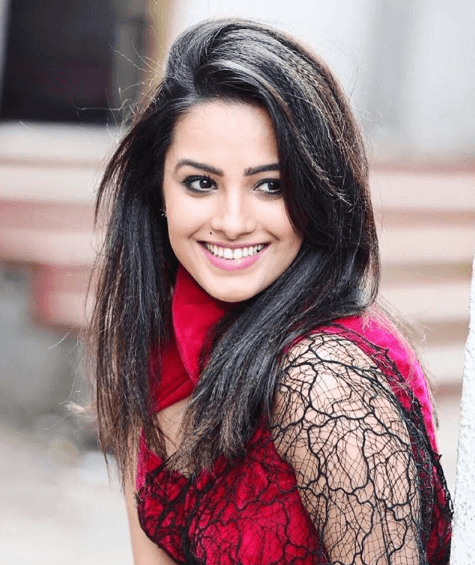 The actress who became popular with her role of Kabhii Sautan Kabhii Sahelii has acted in a number of multilingual films. From Tamil, Tele=ugu to Kannada and even Punjabi, her filmography is an ensemble of various popular flicks that garnered the attention in regional level. Her first Tamil movie, Varushamellam Vasantham won two Tamil Nadu State Film Awards, one for Best Lyricist and one for Best Male Singer.
Sumeet Raghavan 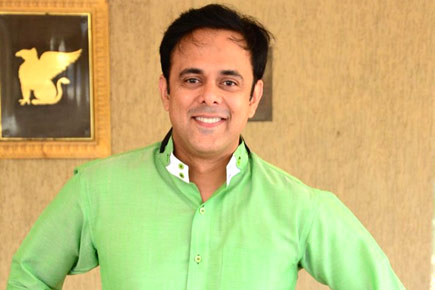 He is best known for his show, Sarabhai VS Sarabhai. The actor who has also been part of the industry since three decades and done several shows and movies, is a popular face of Marathi movies. From Bucket List, Aapla Manus to Sandook, the actor is a complete stunner. Bucket List, where he starred opposite Madhuri Dixit, in five weeks collected almost Rs 12.1 crore against a budget of Rs 5 crore and was a commercial success. Both Aapla Manus and Sandook are critically and commercially popular movies.
Avika Gor 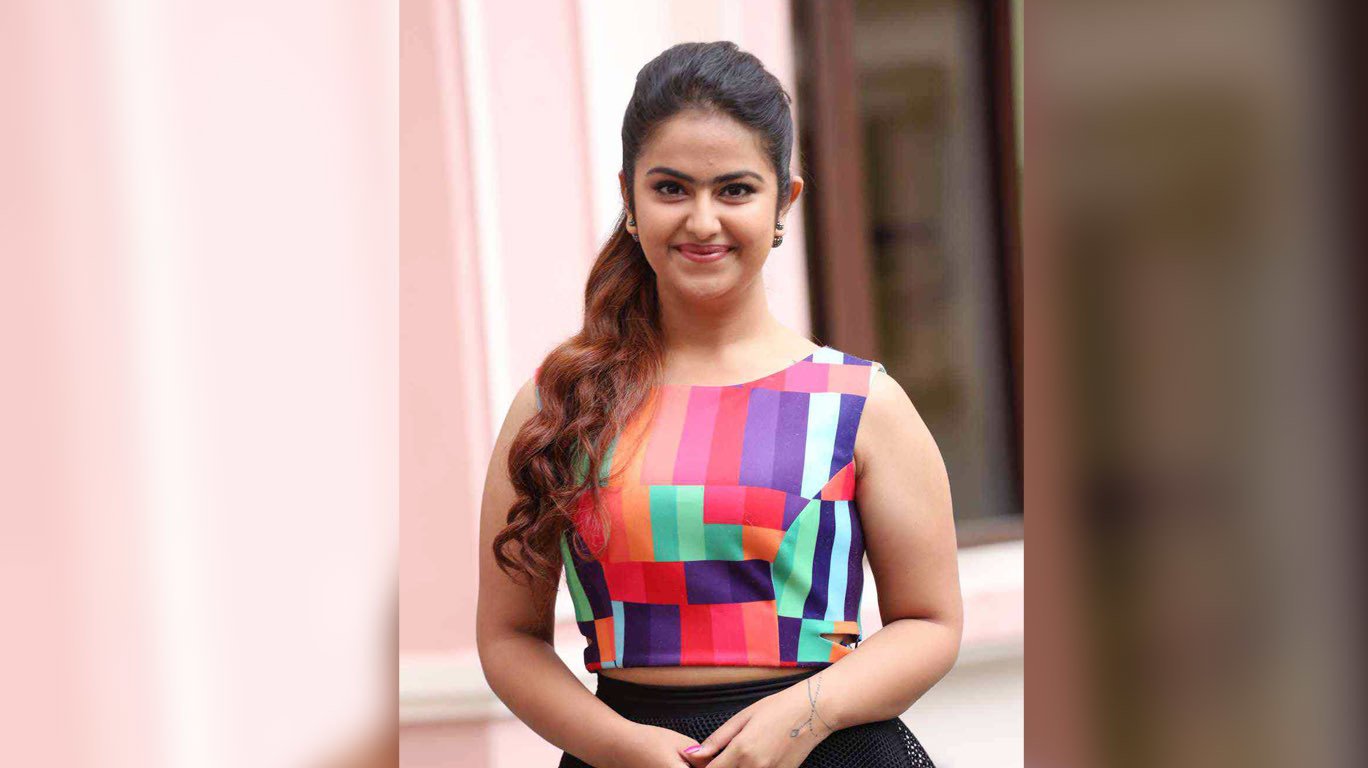 She started off as a child actress with Colors TV's popular show, Balika Vadhu. The actress who has been part of fiction, as well as non fiction shows, has stunned the nation with her Telugu and Kannada outings. She started with Uyyala Jampala in the year 2013 and even bagged Best Female Debutant - Telugu South Indian International Movie Awards. Her movie, Cinema Choopistha Mava went to become a box office hit and bagged positive reviews.
Shweta Basu Prasad

The actress who started of as small Chunni in 2002's popular movie Makdee, became a TV face with her show Chandra Nandini. While the actress dazzled in small screen her filmography included a number of Telugu, Bengali, Tamil, Kanada movies. Kotha Bangaru Lokam, her first Telugu movie became one of the biggest blockbusters of the year in Telugu cinema and successfully completed 100 days, winning several accolades. There has been no looking back for her in the regional front.
Yuvika Chaudhary 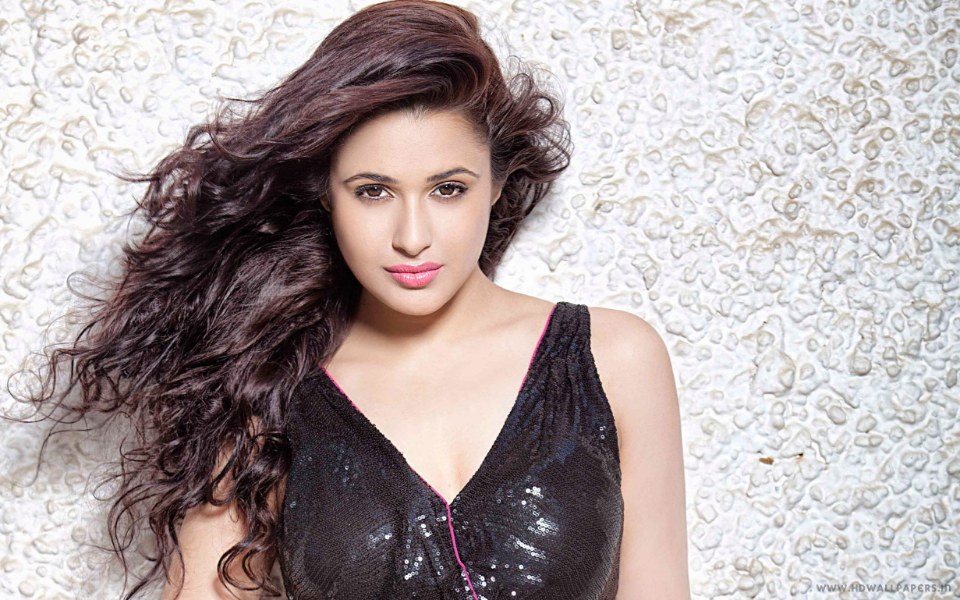 She became the popular face of small screen with Bigg Boss 9. However, she has already had been a face in regional movies for her Kannada movie, Maleyali Jotheyali. The film successfully completed 100 days and was declared a romantic super hit in box office. She has also starred in Punjabi movies.
Monalisa (Antara Biswas) 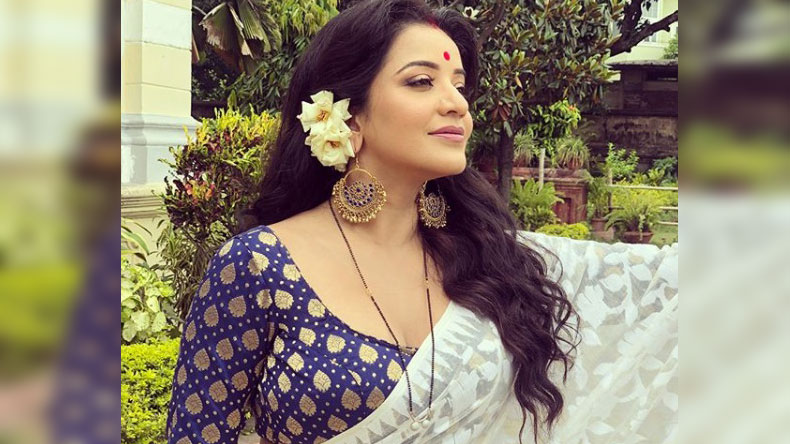 Antara Biswas better known by her stage name Monalisa garnered all the attention for her stint in Bigg Boss 10. The actress has done over 125 Bhojpuri films, and has also appeared in Hindi, Bengali, Oriya, Tamil, Kannada and Telugu films. The list wouldn't have been complete without the mention of the Nazar actress.
Nikitin Dheer 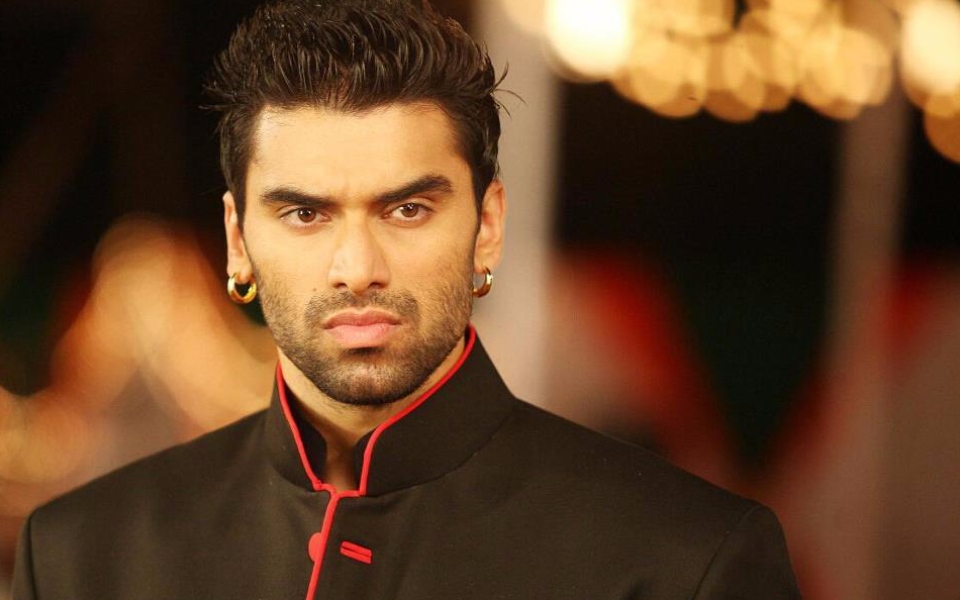 The actor who has starred in several shows like Fear Factor: Khatron Ke Khiladi 5, Naagarjuna - Ek Yoddha, Ishqbaaaz is also a popular face of Telugu industry. His debut Telugu movie Kanche Kanche grossed Rs 200 million globally and went on to become the 14th highest grossing Telugu film of the year. Apart from it he also starred in Goutham Nanda and Mister in the year 2017.
Girija Oak 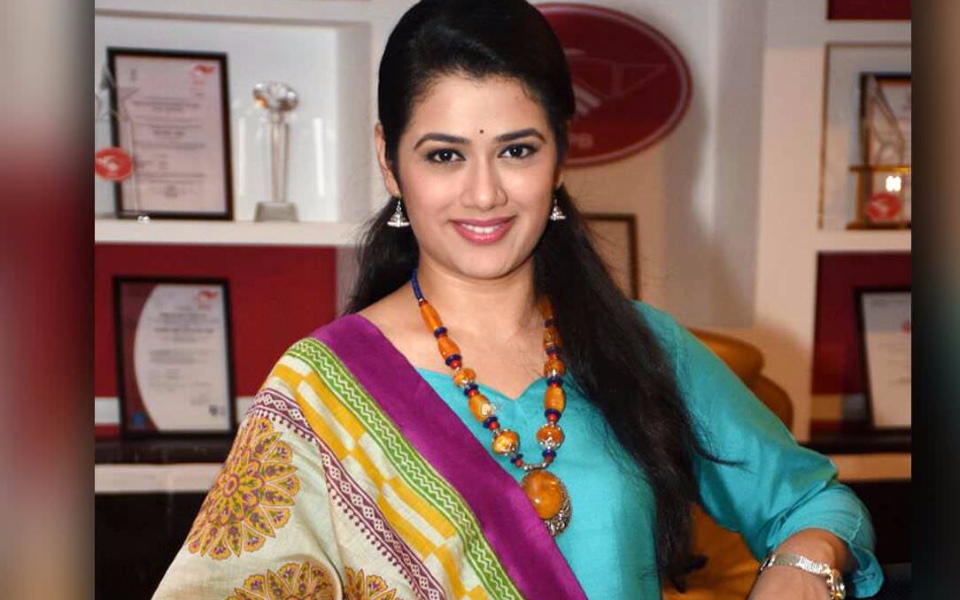 The actress who debuted in Hindi TV series with Ladies Special this year is a popular Marathi movie actress. Her filmography includes Goshta Choti Dongraevadhi, Gulmohar, Manini and others.
Shrenu Parikh 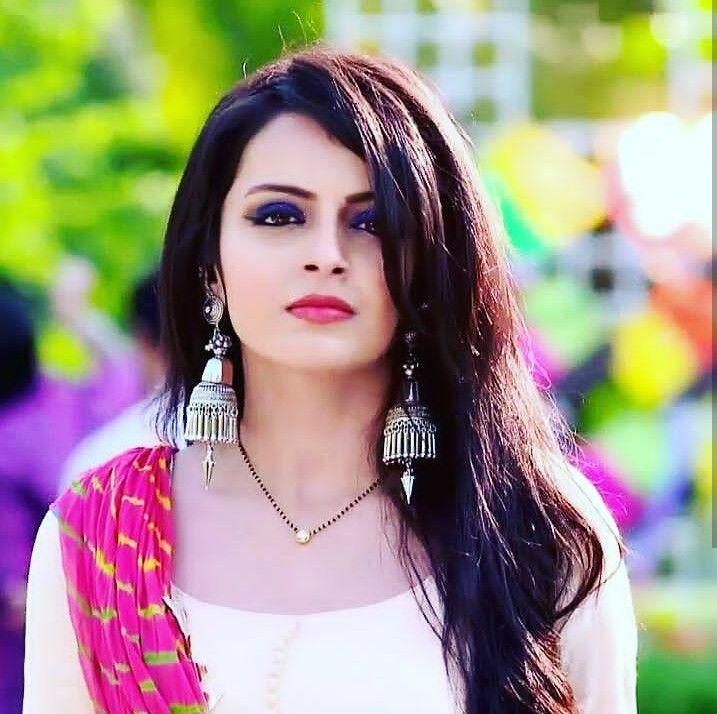 The actress who was last seen in Ishqbaaaz is also a popular Gujarati actress. Well, her journey as the Gujarati actress started last year with Lamboo Rastoo, a musical drama that got outstanding reviews.
So who is your favourite among these? Let us know in the comments below...
2 Likes

Moumina 1 years ago Shrenu Parikh... can't wait to see you on screen...

SamW92 1 years ago Shrenu Parikh is my favourite. Can't wait to see her on-screen again. She also did a Hindi movie named Thodi Thodi Si Manmaniyaan. I have watched that movie & like the video songs there Meherbaan & Tu Bas Chal Yahaan.

.Biggi. 1 years ago Shrenu Parikh is a supertalented and beautiful actress.

sujata1979 1 years ago Shrenu Parikh, she is most talented and beautiful actress

Dia Mirza refutes Allegations of Drug Consumption and ...
25 minutes ago

Dia Mirza Used to Take Drugs from her Manager? NCB to Summon ...
28 minutes ago

Salman Khan's Official Statement about his Connection with ...
an hour ago

Jaya Saha to be Arrested by the NCB Soon: Report
2 hours ago

"This NEWS is FALSE, MALICIOUS & MISCHIEVOUS": Nikhil Slams ...
3 hours ago