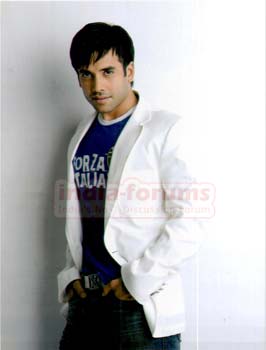 Audiences might now expect Kareena to be Tusshar's on-screen Ekta - his real life sister. Tusshar laughs off the insinuations. 'Nothing of the sort. Have you forgotten that Shah Rukh Khan and Aishwarya played siblings in 'Josh'? They were accepted as a couple in 'Mohabbatein',' he says.

What about Nana Patekar and Manisha Koirala? They played father-daughter and husband-wife duo in two movies that were released in the same year ('Khamoshi' and 'Agni Sakshi').

Earlier Sanjeev Kumar and Jayaji played a married couple in Gulzar's 'Koshish' and a father-daughter duo in 'Parichay'.

'Considering that these films were released decades ago, today's generation would have no problem knowing Bebo and I are only acting as sister and brother. I'd love to do an intense love story with her immediately after this,' the actor said.

'Earlier, when we did 'Mujhe Kucch Kehna Hai' together, she was moody and was inside her own shell most of the time. Today, she has mellowed so much. And she's looking stunning these days,' Tusshar said. 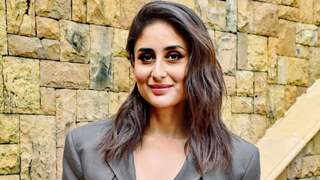