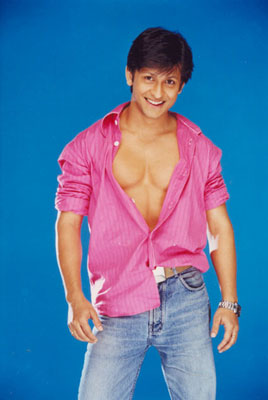 Arjun Punj became a popular name in the TV world with his role in "Sanjivani - A Medical Boon" over a decade back. For almost eight years he kept away from the 'idiot box' as he was caught up with his business as well as tried to look for "good" big screen roles.

The actor, who doesn't shy from calling himself an "out of fame" celebrity, is currently seen on hit daily soap "Diya Aur Baati Hum", in which he shares screen space with his wife Gurdip Kohli.

"The reason for my gap from serials was that I had opened two restaurants here (in Mumbai). I was very busy taking care of them. But now I have given them to someone else to handle it. Now my primary aim will be acting," Arjun told over phone from Mumbai.

"Another reason for the gap was that I tried for good roles in Bollywood. But didn't get the films I wanted to do. But as of now, my focus is mainly on my comeback to TV with Diya Aur Baati Hum," he added.

Arjun is currently playing an ATS officer in the show.

Talking about his role, he said: "His name is Arjun Chaudhary. People can see me negotiating with the terrorists in the show. He is a very calm and composed guy."

The versatile actor, who has also appeared in films like "Time Pass" and "Tere Liye", was last seen on TV in an episode of "Arjun" last year. Before that, he appeared in the second season of dance reality show "Nach Baliye" with Gurdip.

Now, he is eyeing daily soaps. But doesn't he think his absence from TV has affected his fan following?

"It could have slowed down my fan following, but touch wood, it has not been that bad also. I'm thankful people are recognizing me and remembering me with whatever I am doing. Having said that, now I am going to make sure that I am not taking any gaps. Now I will try my best to be seen on air continuously."

Arjun, who wishes to be a "Dabangg" actor like superstar Salman Khan, added: "Since my childhood days, I wanted to be an actor. As of now, I'm not much interested in doing reality shows. I would love to stick to daily soaps where I can act. I am more interested in acting with good roles that come my way."

+ 4
8 years ago Diya Aur Baati Hum Rocks.
Thanks for the article.