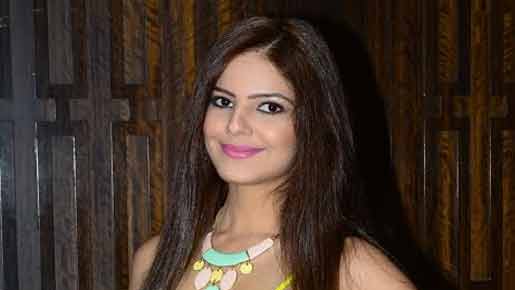 Whenever one hears the name 'Poonam Pandey', they remember the girl who promised to change into her birthday suit if India managed to win the World Cup, which they did. But, the promise had to be broken as the girl was highly criticised by everyone, especially parents of teenagers and wives of the newly married. Later on, she was linked to then emerging cricketer Virat Kohli. But, everyone knows how that went, with the star currently dating a famous actress.

If that wasn't enough, Pandey's name has been a huge problem for a young upcoming actress, who has the same first name and last name. Recently, during the music launch of her debut venture, 'Trip to Bhangarh', the press were eagerly awaiting their famous controversy queen.

It was a perfect comedy of errors, where the press misconstrued her for the Nasha girl. Playing the lead in the movie, Poonam Pandey was a bit astonished when a senior reporter asked her, "When's Miss Pandey coming?" She politely replied, "I am Poonam Pandey".

Later on, the host too, introduced her as Poonam Pandey and was quick to add that she was not who they believed her to be, to avoid any more confusions.

The young actress has received numerous calls from her relatives, when the other Poonam Problem Pandey made rounds on the social media sites for all the wrong reasons. She had to meet them all to clarify and explain that it's 'All In A Name'.

She received text messages and calls from unknown numbers which disturbed her deeply. Busy shooting for her next in Delhi, she would get calls and text messages from a few selected numbers on a daily basis. The content would be full of vulgarity, cuss words and questions on her femininity. Tired of such an abysmal situation, she will launch a police complaint after coming back.