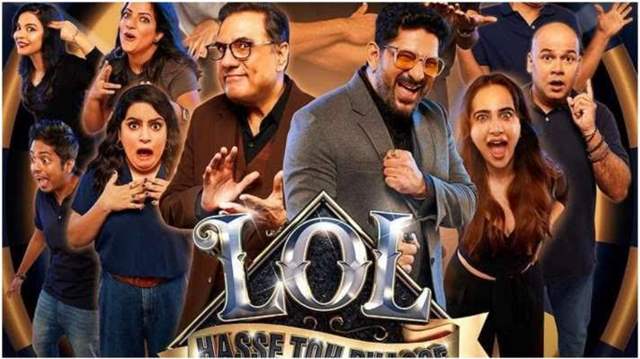 Amazon Prime Video released the trailer of LOL- Hasse Toh Phasse and it is basically like Bigg Boss but with comedians. The catch though lies in the fact that these comedians have to keep doing this to make each other laugh - but that's because anyone who laughs is out of the game.

This local edition of the International Amazon Original Series LOL, will unite an eclectic group of comedians who have left their own indelible mark on India’s comedy landscape. Aadar Malik, Aakash Gupta, Aditi Mittal, Ankita Shrivastav, Cyrus Broacha, Gaurav Gera, Kusha Kapila, Mallika Dua, Sunil Grover and Suresh Menon, under the vigilant watch of hosts Arshad Warsi and Boman Irani will face their toughest challenge yet! Perhaps for the first time, it’s not just their sense of humor but also their endurance which will be tested as they battle it out for six consecutive hours, to make the others in the house laugh, while maintaining a poker face themselves!

The goal is to be the last one laughing in the room, and the person who keeps a straight face the longest will eventually win the game. Prime Members in Indian and across 240 countries and territories can binge-watch the show starting 30th April, 2021 exclusively on Amazon Prime Video.