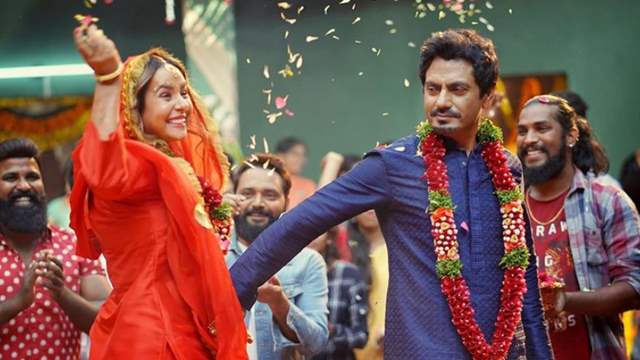 Recently, Nawazuddin Siddiqui featured alongside  Sunanda Sharma in the song “Baarish Ki Jaaye”. Directed by Arvindr Khaira, written and composed by Jaani and sung by Bpraak, the song features Nawaz as a gangster who falls in love and marries a mentally unstable woman.

Arvindr Khaira who has directed some of the best Punjabi songs, like “Pachtaoge”, “Filhal”, and many more blockbuster songs gives a little sneak peek at how he managed to get actor Nawazuddin Siddiqui on board for his new song. He says in a statement shared by his team,

Our music video "Baarish ki Jaaye" is based on a true story, so back when I heard and came across the story I was conceptualizing it for a music video. And when the concept was ready the first person that came to my mind was Nawazuddin Siddiqui. It was a tough task for all of us because he has never featured in a music video, we have never seen him in a dancing avatar but still, I thought he is going to be the right person to play this character. So Jaani and I were in Mumbai, we were shooting for a song and that is when we approached Nawaz Bhai, we went to him and played the song and then he really liked it and that is how we got him on board.

The director also adds that there were a lot of difficulties while shooting the music video considering time constraints, delay in production and improvisation on set. However, everything came through for the song.

A close source also revealed that the production cost of a big label music album goes up to 20-25 lakhs but the song “Baarish Ki Jaaye” is one of the most expensive song produced till now which has cost more than 1 crore but it was all worth it. The song has crossed over 27 Million views on YouTube and still counting.