Every year we see a swath of new faces in Bollywood. Some are known as "star kids" (the children of established Bollywood actors) while others have no filmy background. Some have been welcomed with open arms and have successfully mapped their movie careers while others have quite a lot of ground to cover. 2015 has been witness to a plethora of new faces as well however, only a few have raised the hopes of cinema goers. BollyCurry presents to you seven candidates with dazzling performances backing their promising futures.
Karan Singh Grover 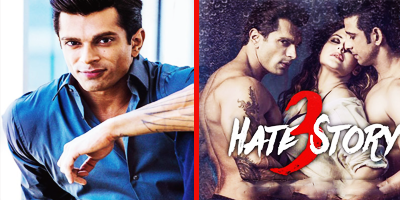 He captured hearts through television and is now vying to charm through movies. Karan Singh Grover, a TV heartthrob and a well known name in the fan community, has grabbed eyeballs through his performance in not just one but two movies this year. He debuted in Alone at the start of the year and then was seen in Hate Story 3. While the former did not impress viewers much, his performance in the latter was much appreciated by viewers and critics alike. Grover has already signed up to his next movie, a comedy titled 3 Dev.
Gurmeet Choudhary 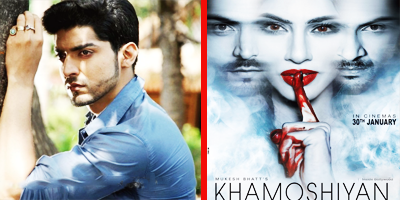 Another heartthrob of the television world, Gurmeet Choudhary launched on the silver screen in January with Khamoshiyan. Playing the antagonist in his first movie, he impressed the viewers and huge fan base alike with his performance. The movie may not have been a success at the Box Office but viewers have already expressed a desire to see him more on the big screen. Ranking 10th on the list of sexiest Asian men recently, you will see this budding hero next in Lali Ki Shaadi Mein Laddu Deewana with Akshara Haasan and Vivaan Shah.
Akshara Haasan 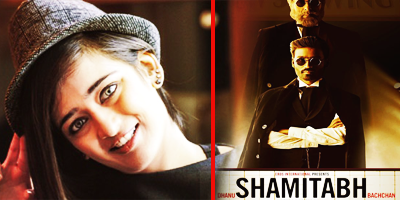 Belonging to the illustrious family of Haasans which include the famous actor of Hindi and South Indian cinema Kamal Haasan, yesteryear's Bollywood actress Sarika Thakur, and Shruti Haasan who is slowly making her mark in Bollywood, Akshara Haasan made her debut this year with Shamitabh. She may have been overshadowed by her famous co-stars Amitabh Bachchan and Dhanush, but that did not stop people from sitting up and taking notice her performance, praising her for standing her own in scenes with her co-stars. She will be next seen romancing Gurmeet Choudhary and Vivaan Shah in the romantic comedy Lali Ki Shaadi Mein Laddu Deewana.
Sooraj Pancholi 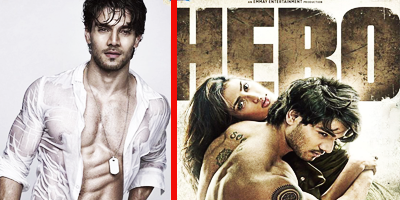 Launched by Salman Khan in a movie directed by Subhash Ghai, Sooraj Pancholi received the dream debut of every aspiring actor. He played the role of Sooraj in Nikhil Advani's Hero remake along with debutante Athiya Shetty. While the movie failed to live up to expectations, Pancholi managed to woo his audiences and charm his way into their hearts, especially many female hearts. Critics were quick to point out that despite all the flaws in the film, Pancholi has all the makings of a star actor. We will be seeing him soon in an action movie directed by Remo D'Souza.
Kapil Sharma 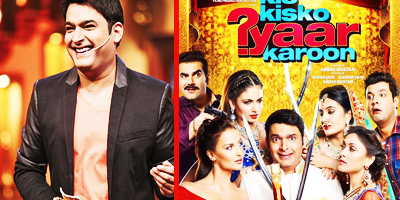 Kapil Sharma is a household name in our country. He has been making us laugh for a while through his entertainment show so it was only a matter of time before Bollywood casting directors knocked at his door. The third promising import from Tellyworld, Sharma entertained us in his debut film Kis Kisko Pyaar Karun. The movie was enjoyed by his audiences and fans alike. His impeccable timing and dialogue delivery was just as expected and we are definitely sure that we will see him soon at cinema theatres again.
Swastika Mukherjee 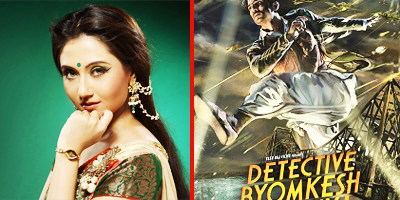 Swastika Mukherjee is relatively unknown in Bollywood, but this actress is quite well known in Bengali cinema. With several Bengali movies in her kitty and much praise from Bengali movie goers, this Bengali dame settled in Bollywood with Detective Byomkesh Bakshy! being her debut movie this year. Her role of a seductress was appreciated and it is not a surprise that we see a bright future for her.
Bhumi Pednekar 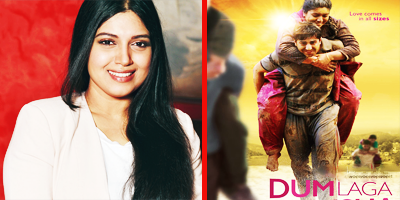 Debuting with Yash Raj Films' Dum Laga Ke Haisha, Bhumi Pednekar's character was nothing like a typical Bollywood heroine. Interestingly enough, Pednekar was originally assisting in the auditions of the same film that she was later signed on for when many established and upcoming heroines refused to put on weight for the role. This lead to Pedneker opting in. She managed to endear the audience with her acting talent and put to rest the idea that the Indian audience prefer a certain body image. Pednekar will be next be seen with her former co-star Ayushmann Khurrana in the movie Manmarziyan.
2015 saw many other debutantes such as Sapna Pabbi in Khamoshiyan, Athiya Shetty in Hero, and Sanah Kapoor in Shaandaar. We also cannot forget Karan Johar's debut as the antagonist in Bombay Velvet. We wish every new face of this year best of luck in their careers and hope that the next year too brings new talent to our screens. Until then, let us know of your favourite debutane through your comments below.
Writer: Kalpana K.C.
Editors: Shreya S. and Jenifer A.
Graphics: Harjot D.
Have a suggestion or comment for BollyCurry? Drop us a PM at BC_Dropbox Today!

5 years ago They're all welcome. As long they work hard as long they grow as an actor and person I think they're all talented and deserve to be in Bollywood. I just doubt about Sooraj Pancholi. I dunno what to think about this guy. I don't want to judge but if he is really guilty then he doesn't deserve to be in Bollywood but behind the bars! Anyway rich kids get away with everything.

5 years ago All The best to All Xcept The Pancholi.. He should Be In Jail not In Movies..
A person Who can Kill His Love & Unborn Baby In Womb Can male Any 1 Feel Disgusted..

Any Ways 'IF' way Of Buzz Are always Like This..

All The best to all Others ..
Most Of Them had Done Great Job.. So Best Of Luck In Future too..

Karan Singh Grover you are SuperStar ..
KuperMan Wish You Luck & Success In Upcommimg years Too..
& We KSGians are always With You..
Stay Blessed

5 years ago KSG is best & perfect face of Bollywood... my hero is best best best 5 years ago Best of luck Gurmeet Choudhary for ur upcoming movie #LKSMLD. Keep rocking. Eagerly waiting to see u on screen.