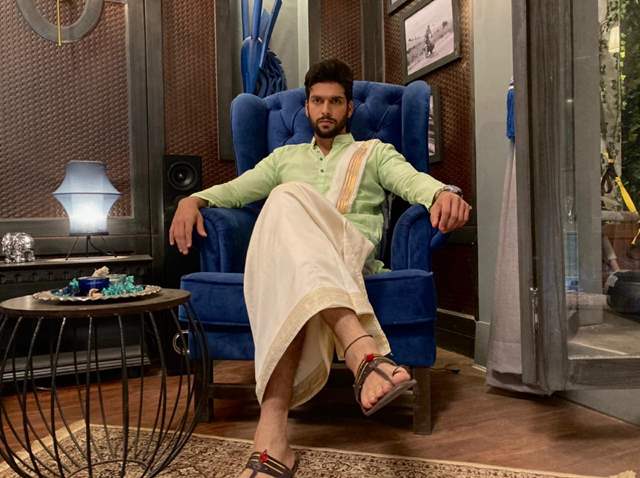 Commitment and dedication are the keys to success for the young and new-age actor Sai Ketan Rao as he is known to hold a strong place in the entertainment industry. After impressing the audience with his power-packed performances in the Tollywood Industry, Sai will soon be seen essaying a lead role for the first time in Star Plus’ upcoming show ‘Mehndi Hai Rachne Waali’. Since Sai is venturing into the world of Hindi Television, it was necessary for him to pull out all the stops in order to get his on-screen avatar right.

Sai began working towards shaping his character ‘Raghav Rao’ by researching a lot, seeking inspiration from cult movies, maintaining a fitness routine, attending workshops, understanding various action sequences and so on. All of this has helped him build and at the same time understand the feel of his character.

Sai who was keen on fitting into his character shares his experience and much more “Before I began shooting for the show, I ensured that I keep up to the requirements of my character Raghav Rao. For the same, I first began researching, attended workshops in order to understand the feel of the character. I also sought inspiration from the famous Hindi film Agneepath which featured Mr. Amitabh Bachchan as it resonates with my character. It also required me to gain 3-4kgs of weight to give that muscular look as the role includes a lot of action sequences to be performed as well. Action sequences demand a lot of understanding to ensure that the scenes are performed with accuracy. Here’s hoping viewers enjoy watching the show and shower us with their love and support.”

Mehndi Hai Rachne Waali, produced by ace Television Producer Sandiip Sikand also features Shivangi Khedkar in the lead role. The show is all set to launch on 15th February onwards based on the life of two different individuals, Pallavi Deshmukh and Raghav Rao who take on second chances in their life.