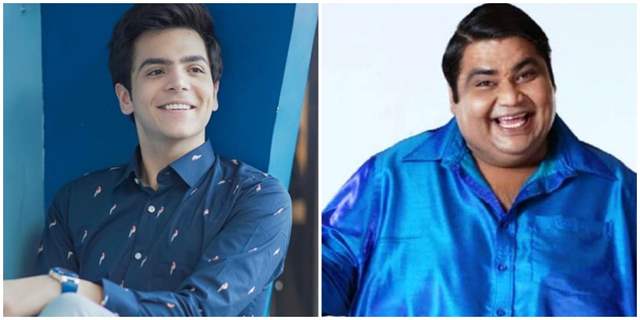 Raj Anadkat who plays the role of Tapu in SAB TV's famous show Taarak Mehta ka Ooltah Chashmah remembers late Kavi Kumar Azad who played the role of Dr. Hathi in the show. Kavi Kumar Azad passed away on 9th July 2018 due to Cardiac Arrest but he is still remembered for making us laugh and entertain us as Dr. Hathi throughout the years.

Remembering him, Raj in a conversation with Spotboye.com reveals that when he first joined the show in 2018, he was there and he welcomed him very warmly. Raj also stated that he was very nice to his parents as well and he made them comfortable about everything. Raj shared that he used to love food so much that the first thing he would ask while meeting anyone would be, 'Aaj Khane mein kya laaye ho?'.

Raj further added that he was such a pure hearted person that he would never discuss anything wrong about anyone and would make them laugh all the time. He mentioned that his personality in the show and in real life was exactly the same, complete jolly person. Raj is fortunate that he got an opportunity to work with him for almost a year.

"Whenever we shoot for a scene where the whole society is present and we actors do our lines, Dilip Sir or some or the other person brings out his name saying, 'Agar Azad bhai hote to aisa bolte. Is line mein ye punch maarte'," he added.