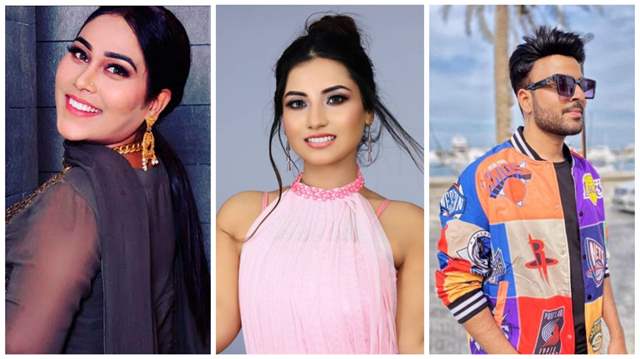 Amiee Misobbah, who enjoys a massive fan base across the world owing to her modelling stint will finally make her debut in a music video category with the song Nain Matakka.

Afsana Khan who is currently enjoying her recent success for her song Titliyaan and Marshall Sehgal's song Tamasha which was a hit will be lending their voice for Nain Matakka. The song will be a peppy party number.

Misobbah who will be making her debut with this song said, "I wanted to do a song which is peppy and a party number and when I first heard  Nain Matakka I  in awe of it. Afsana and Marshal have done a stupendous job on it", she says.

When asked that music videos are a rage nowadays with everyone from all fields being a part of music videos, she says, "I did get alot of offers earlier but I wanted the right song to mark my debut and I felt Nain Matakka was that song. I could feel that connect and that's why I said yes to it. Additionally the way the song will be shot is something I am looking forward to. The locations are really good and I will be wearing something really cool and quirky for this".

Nain Matakka will be shot extensively in Dubai and the team will be exploring new places and locations for the shoot. The song will be shot under a new production house ‘Music Club House’ which has been recently launched in Dubai.

Waiting for months for her track, Bhavna gets replaced unknowingly in ...