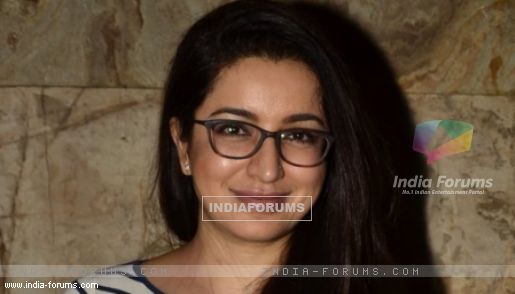 Actress Tisca Chopra, who has proved her versatility as an actress and whose debut book "Acting Smart" is much talked about, says she is co-writing two films of different genres.

After being a success as an author of a book for Bollywood aspirants, one wondered if the "Taare Zameen Par" and "Qissa" actress is contemplating using her writing skills for movies.

When asked about it, she told IANS: "Yes. There are talks going on a few things...it takes time. Along with my acting, I am also working on that (writing). Hopefully, soon things will fall into place."

Tisca feels the Indian audience needs to be fed with intelligent content.

"Audiences are not dumb. If you make an intelligent film, people do watch it. But the problem is that we look for formulas. I am working on it," she said, adding that one of her writing projects will be a courtroom drama, and the other will be a children's story.

What about directing them?

"I'm not capable of that. But I am co-writing them. I'm very keen on these projects. I'm also thankful to the industry people who have immensely supported me -- be it Boman Irani, Anil Kapoor, Rajkumar Hirani, Shabana Azmi...everybody is supporting me. There is so much of love in this industry," she said.