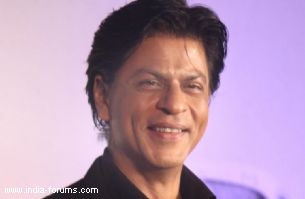 A doting father, Shah Rukh Khan became nostalgic Thursday when he took to his Twitter page to share an old photograph featuring himself with his eldest son Aryan in his arms.

"There was a time I could hold this bundle of innocence in my arms...now it towers over me. Time & sons move so fast," King Khan posted on Twitter.

The actor is also father to daughter Suhana with Gauri, and they also raise AbRam, whom they had via surrogacy.