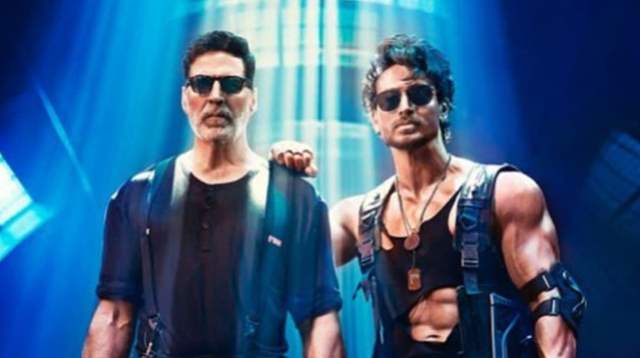 Akshay Kumar turned a year older today as he is celebrating his 55th birthday. The actor has been ruling the industry for several decades now and he has delivered several blockbuster movies. His friends and fans have flooded social media with wishes for Khiladi Kumar and Bollywood too has joined the bandwagon.

Now, Tiger Shroff, who is all set to collaborate with Akshay for Bade Miyan Chote Miyan has wished him.

The Baghi actor shared a new still from Bade Miyan Chote Miyan and penned a quirky wish that read,

In the photo, both Akshay and Tiger can be seen holding guns in their respective hand with an intense expressions on their face. Meanwhile, in the upcoming movie by Ali Abbas Zafar, Akshay Kumar and Tiger Shroff are working together for the first time ever.

The film, which is slated to release on Christmas 2023, has the same title as the 1998 classic, which starred Amitabh Bachchan and Govinda in lead roles.

Meanwhile, on the work front, Akshay will star next in Ram Setu with Jacqueline Fernandez and Nushrratt Bharuccha. He also has OMG 2 – Oh My God! 2, Selfiee with Emraan Hashmi and the yet-to-titled Soorarai Pottru remake. Tiger, on the other hand, will star in Ganapath: Part One and Shashank Khaitan's Screw Dheela.